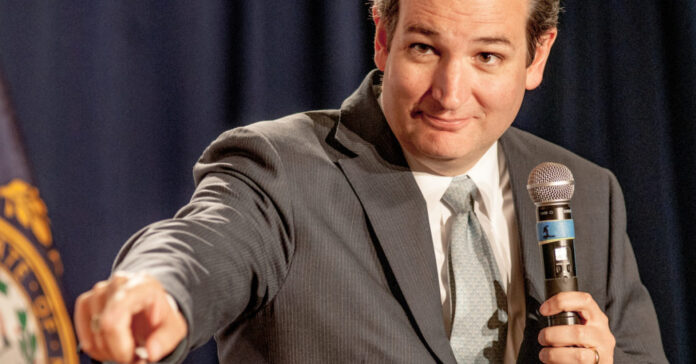 Pramila Jayapal is one greedy socialist who wants to see the rich hand over their hard-earned money to use it herself. The nasty woman accused Elon Musk of having too much money and not sharing it with everyone else. But the woman met her match when Senator Ted Cruz jumped in and set the record straight.

Cruz called out Jayapal by stating “Got it. You don’t like @elonmusk. Who else do you want to loot?” The leader of the progressive hit squad sees billionaires as a plague and demands that they be forced to pay a lot more. She does not think that $11 billion in taxes is enough for one man to pay.

Jayapal mentioned that Musk made $36 billion in just a single day and that he has earned $270 billion more over one year. But what she refuses to mention is that Elon Musk can lose just as much money in one day once the market goes down or share prices drop.

Once again, an ignorant Democrat opens her mouth and makes herself look foolish because she does not understand how finances and taxation go together. The rich pay taxes per set tax rates and laws just like everyone else. And in the end, they pay a lot more than the ordinary person because they end up in a higher tax bracket.

Elon Musk is not why people are struggling to feed their families, as Jayapal maintains. Those families were doing just fine until the Democrats stuck their noses into the mix and messed everything up by forcing people to stay at and home, not work.

Musk took his massive Tesla company and moved it to Texas because the Democrats would not let his employees work in California. He has done more for the working families than the Democrats have done in the past decade. Musk moved one of his corporations to help struggling families continue to work and earn a living that he can provide because he is a billionaire.

Jayapal wants to expand taxes and increase the presence of the federal government. She wants to see the government expanded to the point where it allows her and other known socialists to dictate what people get to do with their time, talents, and treasures. She wants the right to take from the rich and keep it for herself.

The progressive politician wants to see Biden cancel all the student loan debt and subject people to federal programs. She favors ending the filibuster that has kept the socialists from running away with the country. She claims that eliminating the protective measure that requires 60 senators to agree on a bill before it can pass would save the country. All it would do would be to give her more power.

This is the same politician who went after a party member for not voting in favor of Biden’s terrible bill. Joe Manchin stated he would not vote for the trillion-dollar bill because it is not what the people want to see in America.

Joe Biden, Pramila Jayapal, and others like them are a poison that is destroying the country. They seek to destroy the economic sector with higher taxes financially and would love to see the Constitution burn where it sits today.

But the one force standing in their way is the Republican Party. They cannot get away with their terrible deeds without doing away with the majority. Biden and Jayapal have met their match. And Ted Cruz is just one of many patriots fighting to keep Americans free.