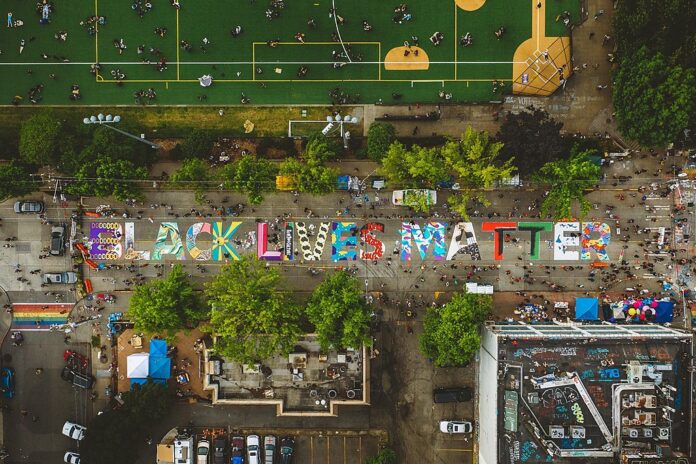 Yes to both. The problem is that organizations like Black Lives Matter want to make a statement without truly backing it up. If black lives matter so much to them, why are they only concerned with the handful of deaths caused every year by the hands of white police officers?

Right now, there are shootings happening every week in Chicago.

If black lives matter, where is BLM to put an end to it all?

It’s time that we, as a country, get serious about a real problem: Chicago lives matter. It’s obvious that Mayor Lori Lightfoot doesn’t care because the number of shootings seems to be on the rise.

This past weekend, 45 people were shot – five of which ended in fatalities.

What is Lightfoot doing about the problem? Absolutely nothing.

The first fatal shooting happened during “a fight” on Saturday night. Another happened while a man was riding in a vehicle only to be shot multiple times in the head. Another was an innocent bystander standing on South Morgan Street. Another man was killed Sunday morning who was standing on North Ridgeway Avenue. And, another happened on Sunday with a teenager driving in West Garfield Park only to be shot in the face.

It’s become clear that Lori Lightfoot may be the most inept mayor that the city of Chicago has ever seen. The crimes continue to happen and she does nothing to put a stop to it.

In October 2020, it appeared that she was going to do something. She vowed to “reimagine violence response” but she didn’t want to rely too heavily on the police. After all, the police are the enemy in the eyes of this liberal politician.

While some violence may be attributed to mental health issues, much of it has to do with gangs across Chicago. The gangs are opening fire in highly residential areas, and innocent victims are becoming fodder for stray bullets.

The city has reached a breaking point where they need intervention. If the mayor isn’t getting the job done, the governor needs to step in. The problem is that J.B. Pritzker is new on the job as mayor. He’s a longtime resident of Chicago – and he’s a private business owner.

It’s bad for business if he admits that Chicago has a gun violence and gang problem. So, it’s easier for him to close his eyes and pretend as though everything is under control.

Black Lives Matter, meanwhile, doesn’t see an issue because the only way that people are dying is at the hands of private residents. BLM only wants to get involved if a black person dies at the hands of a white cop. Otherwise, black lives don’t really matter – whether they’re from Chicago or anywhere else.

Nowhere else in the country are there as many shootings every weekend as there are in Chicago. When Chicago wants to cry that they need government handouts, they have to take a good look as to why people don’t want to visit. It has nothing to do with COVID and everything to do with the crime rates. Most tourists would rather get the coronavirus than worry about being shot at by gang violence erupting in the streets.

If Mayor Lightfoot or Governor Pritzker wants to be reelected, they’ll have to learn a valuable lesson: Chicago lives matter.