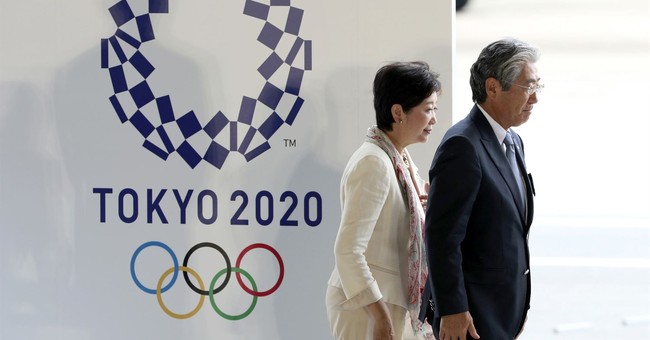 Tell me a story about how it’s just about letting little boys compete in sports using the gender identity that they are most comfortable with.

New Zeland transgender female weight lifter Laurel Hubbard, who lived life for 35 years as a man, will likely participate in this summer’s Olympic Games in Tokyo as a 43-year-old female weightlifter.

Hubbard finished 2nd in the 2017 World Championships in the Women’s Super Heavyweight division, but a serious elbow injury in 2018 put his/her career in jeopardy.

Under the revamped qualifying rules announced earlier this week due to the inability of most countries to have qualifying competitions, Hubbard will automatically be included as New Zealand’s only entry in the Super Heavyweight Division if New Zealand decides to nominate Hubbard to be part of its Olympic Team. At 43 years old, Hubbard would be the oldest weightlifter competing in Tokyo.

Coming back from the injury, Hubbard is ranked only 16th in the world at this time, but six weightlifters higher in the rankings will not be competing in Tokyo because only one entry is permitted from each country. Hubbard finished 6th in the most recent world championships held in 2019, but three of the top five weightlifters who finished higher will not be competing in Tokyo. As a consequence, Hubbard is considered a strong candidate for a medal.

So — a simple matter of “equity” to allow an individual who identifies as a woman to be allowed to compete in a sporting competition on the basis of gender self-identification.

Except for one small matter: Hubbard quit competing against men more than 20 years ago, and never competed at the international level as a man.

The ONLY basis upon which Hubbard is able to be involved at the Olympic level, and be a factor in the medal race, is because he’s something no other person in the competition is — he’s a biological male.

While identifying as a male he lacked the talent or physical ability, but as a self-identified female Hubbard suddenly is a world-class athlete — albeit well past one’s physical prime — who can compete at the absolute pinnacle of the sport on an international level.

Hubbard is unlikely to win a gold medal as the top Super-Heavyweight female in the world is a Chinese lifter whose record-best combined lift is quite a bit higher than Hubbard’s. So Hubbard winning a medal will likely be treated as little more than a novelty.

But, as I have written before, the novelty will wear off when some crazy foreign leader like Kim Jong-un decides to send an entire transgender team to compete in a high profile event like Women’s soccer or basketball and they win the gold medal over a first world country’s highly favored squad composed of only biological females.