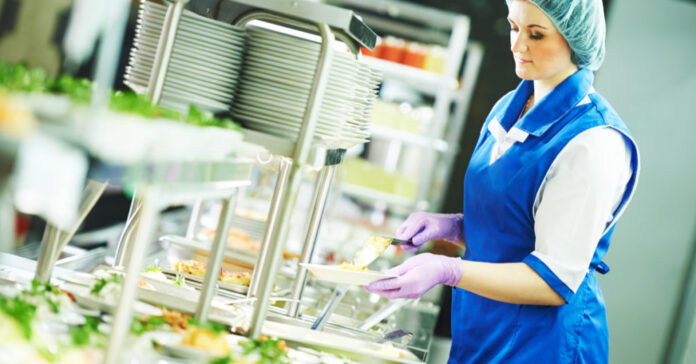 Gretchen Whitmer, the governor of Michigan, signed a new bill into law that will try to alleviate a growing shortage of teachers in her state. This law will allow school staff to serve as substitute teachers in the classroom.

It is called House Bill 4294, and it will temporarily allow schools to employ an individual with certification who already works at the school. They will be able to substitute teach through the end of the 2021-2022 school year.

Those included in this bill include staff who are presently serving as secretaries, office staff, teacher’s aides, and library aides. But it will also include cafeteria workers and bus drivers. All that will be necessary is that they have a high school diploma or GED. This is according to Fox 2 Detroit.

Governor Whitmer said in a press release, “Making sure every child in Michigan has access to a high-quality public education is my top priority, which is why this year we made the largest investment in K-12 public schools in Michigan history without raising taxes.” She went on to describe how the pandemic has been challenging for children, teachers, and parents. The governor praised the educators in her state for going above and beyond to ensure that the children of Michigan have a bright future.

“Allowing schools to employ school staff that students know as substitute teachers will help keep school doors open and students learning in the classroom the rest of the school year. I am committed to working with the legislature to develop high-quality solutions to address these staff shortages long-term so that we can ensure that every child can access quality education,” Whitmer said in the release.

The Executive Director of the Michigan Elementary & Middle School Principals Association, Paul Liabenow, believes that the pandemic has intensified the present shortage and it has hindered school districts from filling vacant positions and keeping their buildings open. He said it has put stress on educators who are working tirelessly to care for all the students and see that they have quality, in-person instruction.

Liebenow believes that House Bill 4294 will give districts additional flexibility to fill substitute teaching vacancies and enable students to learn in a safe and supportive environment. He publicly thanked Governor Whitmer and Representative Brad Paquette for their diligent advocacy on behalf of educates and students across the state.

Governor Whitmer signed the legislation into law last week. She did acknowledge that the bill was just a temporary stopgap. But she believes that it is necessary to keep children in the classroom. She said that all they learned from last year leads them to believe that kids need to be in school, in person, every day.

Michigan is just one state that is experiencing significant staff shortages. Schools in five states have had to cancel classes because of the lack of staffing. There were many schools across the country that had to cancel classes and extend long weekends, according to Fox News. And some schools have already made the switch back to remote learning while they deal with the shortages.

Some school boards are reporting that their shortages are due to the fatigue felt by both teachers and their students. Education Week produced data that indicated 25% of school officials consider their staffing situation “severe.” And 15% say it is “very severe.”

There is a school district in Maryland that is short 161 teachers and more than 100 aides. The teachers who have remained on duty are skipping lunch breaks to cover all the classes. They are there dealing with the loss of learning and the mental health issues caused by the previous lockdowns. And many schools are also seeing shortages of janitors, cafeteria staff, and bus drivers.

In Michigan, the lunch lady can also be your teacher. Is anybody else wishing that Chris Farley was still with us?