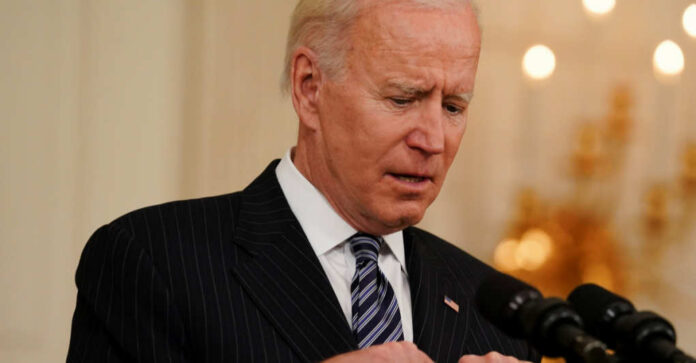 The truth regarding the reality of the progressive movement is starting to sink in as the mess in San Francisco is revealed. The progressives claim that they plan to make every person in America have the life that the rich and famous have. They claim that they will give everyone access to free things only owned by those with money. They want to push for free healthcare, college tuition, and many other socialist ideas. But they refuse to believe the truth that the path they love so much is a path to destruction.

Michelle Tandler is one progressive that is starting to wake up to the truth of what she has believed in most of her life. She bought into the socialist mentality and thought that everything would be great. But when the progressive ideology ravaged her city, she realized just how wrong she had been.

The horrors of her as the truth caused her to question the people pushing a progressive ideology. The entire city of San Francisco is under one-party rule. The liberals are in control, and there is nothing to balance them out. There is no Republican voice because the liberals drown them out and do not listen to them.

The god-like Democrats that Tandler once believed in have shown their true colors as they have slowly destroyed the greatness of San Francisco. Tandler pointed out that things are so bad in the city that “In January, United Nations Special Rapporteur Leilani Farha visited Oakland and San Francisco as part of a fact-finding mission about housing and expressed shock and horror at the living conditions of homeless residents in one of the wealthiest societies in the world.”

She went to show that the report she referenced stated, “Farha’s presentation made only a few direct references to the Bay Area, in the same breath as cities like Belgrade, Mumbai, Lisbon, Buenos Aires, Delhi, Mexico City, and Santiago, where she visited ‘overcrowded shacks,’ ‘damp abandoned buildings,’ ‘unrecognized settlements,’ ‘half-demolished homes,’ and even entire neighborhoods where residents live in ‘complete darkness during the daytime.’”

The horrors she saw in her beloved city were enough to make her want to abandon the progressive movement. The leaders of her party have lied to their followers and promised great things that lead to destruction.

The truth is that progressive elites could care less about the poor. The homeless problem plagues the city, and the leaders are content to let people live in the gutters and makeshift homes. They are satisfied with letting people starve and die in the streets. They do not think them being worthy of help.

San Francisco now has massive garbage piles in the streets, rodents running wild, and so many more issues that it is next to impossible to find a single solution for them all. The only thing that the people can do is oust the progressives from office and vote people into power who care about how things are run. The Republican Party is their only hope.

Joe Biden is a replica of the type of people ruining San Francisco. He wants to install the same insane-based programs that have slowly turned one of the greatest cities in the world into the worst city in the world. People do not want to live in an overrun area with crime and pollution of all kinds.

The city has billions of dollars at its disposal, according to Tandler. And yet the problems remain. The Democrats cry for more money, telling people that it will solve all social ills. But in the end, it will solve nothing unless there are competent people behind the money using it wisely.

The sad reality of the future under Democrat rule is sickening. These are the same people who threaten others with harm if they try to reveal the truth behind what the liberals are trying to do. But in the end, there are more than enough Republican voters to turn the tables on the most liberal city in the world.