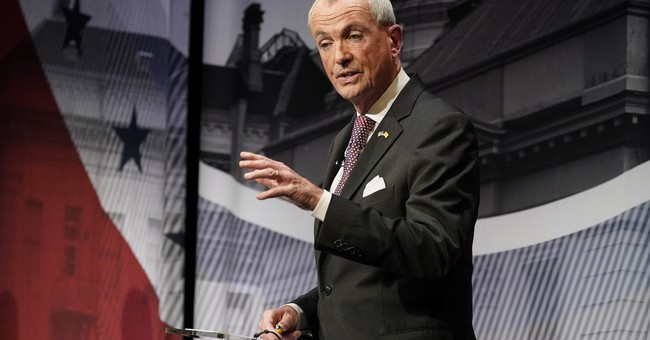 Democrats and liberal media have been losing their minds over a fake conspiracy about Florida Gov. Ron DeSantis going “missing” during this past week.

As we pointed out, that was nonsense. Not only wasn’t DeSantis missing, but he was working and in the office over the week , as well as taking his wife to cancer treatments. So, the left was attacking a family that was having to deal with a serious medical illness. How slimy can you possibly be? You would hope they would learn a lesson but they wouldn’t. They’ve become so tribal now, some just have no morals left. Anything is justified to help Democrats retain power, in their minds.

While the left was all over DeSantis, they ignored another governor who was on vacation while his state’s COVID cases spiked 600 percent in the last month — Democrat Gov. Phil Murphy of New Jersey.

New Jersey reported another 27,975 new COVID-19 cases on Thursday, an increase of about 35 percent from the day before as Omicron hits the state. As of late Wednesday, there were 3,604 COVID hospitalizations — up 10 percent from the prior day and approaching the worst point of last year.

Murphy is the vice-chair of the National Governor’s Association and he was away on vacation when he called into the governors’ meeting with Joe Biden on Monday before Biden took off for the beach. Murphy was in Costa Rica from Dec 22 to Dec. 30, spending eight days there, despite the State Department telling Americans they should reconsider traveling to that country because of COVID. Aside from the one call with Biden, Murphy left everything else to his Lt. Governor.

Did Joe Biden know that Murphy was in New Jersey and was this their little joke on the rest of us?

‘It is fitting that President Biden escapes his responsibilities by traveling to a Delaware beach house after saying responses to COVID-19 should be left to the states, and then Governor Murphy runs off to a Costa Rican beach,’ said New Jersey Republican Representative Jeff Van Drew, who left the Democratic party last December.

Van Drew said that Murphy had left the state multiple times for personal trips yet is still imposing mandates on the citizens of New Jersey. Murphy also took a vacation in August when the state was hit with a huge Delta variant wave of cases.

‘If Governor Murphy can travel out of the country when the State Department urges the American people to stay put, Americans should be afforded the same discretion regarding their personal health choices just like our leaders,’ he added.

Imagine that, what a thought, that a leader should not be a hypocrite and do away with oppressive mandates that he tries to impose on others. While Murphy was free to go to the beach, at least some of the schools in his state will have kids going back to virtual school, no matter how much that hurts them.

Murphy was even one on the left who went after Sen. Ted Cruz (R-TX).

So, where is the liberal media to attack Murphy? He’s a Democrat, so therefore he got a pass from most of them and the rest of the left. None of the folks who went after DeSantis over a fake conspiracy seem even the littlest bit interested in Murphy doing what they accused DeSantis of doing. Where are they calling Murphy out for having a larger surge than Florida and still heading out to the beach?