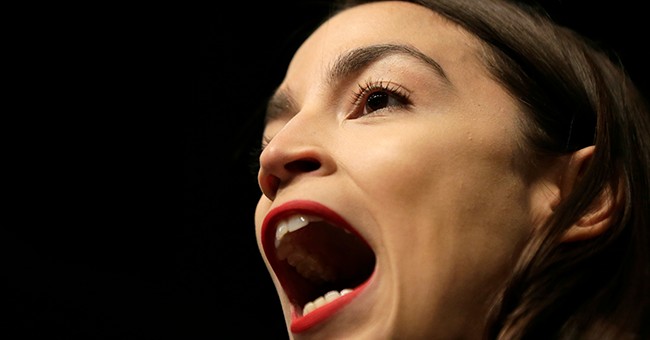 Democrats will rarely tell you the truth, but they will usually show you who they are with their actions. Alexandria Ocasio-Cortez is a perfect example of that as she currently vacations in the free state of Florida during her home state of New York’s biggest COVID wave of the pandemic. Again, the elites are nowhere near as scared of COVID as they demand you be.

As RedState reported this morning, pictures surfaced of the Democrat congresswoman kicking back in Miami with her boyfriend. But while that wouldn’t necessarily be noteworthy on its own, AOC’s past statements have made it so because, as it turns out, she’s a raging hypocrite.

You may recall that she was one of the Democrats taking shots at Ted Cruz for flying his daughters down to Cancun during Texas’ ice storm earlier this year. Of course, a US senator has no control over his state’s disaster response, but Cruz took his lumps anyway, including from those on the right who never miss a chance to hit their own.

But by comparison, far more people died yesterday in New York’s COVID spike than did during the Texas storm. So, can anyone explain to me how AOC running off on vacation, to Florida of all places, in the midst of a total disaster in her state isn’t far worse than what Cruz did?

Naturally, AOC did not take the criticism well. Being one of the most thin-skinned, spoiled figures in Washington, she ran to social media to meltdown. You see, you are just, like, totally obsessed with her or something.

There are few things sadder than a public servant who accuses people of being obsessed with them anytime they get held to the very standard they themselves set. This isn’t high school. AOC ran for national office and, being the glass of water with a D next to it that she is, won in the deep blue bastion of Queens. When you become a member of the House of Representatives, you take on responsibilities that include answering for your own hypocrisy. It was ridiculously hypocritical for AOC to slam Florida the way she has, only to turn around and run to the Sunshine State for vacation because New York is an absolute hellhole.

Here’s the dirty little secret about AOC: She’s a mirage, propped up by an army of simps who desperately desire her approval. She loves to dish it out, but the moment it comes back at her, she plays the victim. It’s as pathetic as it is entertaining.

Anyway, here’s her flailing about in the direction of Ron DeSantis.

As a point of fact, DeSantis has not been missing for two weeks. He was at work yesterday following the Christmas holiday and will appear at an event tonight before the Orange Bowl in Miami. Besides, isn’t AOC’s shot about not being at work pretty stupid when she’s on vacation in a state she has routinely slammed as unsafe? This is the same person that has voted 57 times by proxy since the pandemic started, one of the highest rates in Congress. Why isn’t she in New York right now helping rally the troops against the COVID tsunami hitting her home district?

Lastly, given that New York has the worst outbreak in the nation, I doubt DeSantis wants any of Kathy Hochul’s notes on how to handle things. If AOC is going to take a shot at someone, that shot should at least make some semblance of sense, shouldn’t it?

But none of that matters to her fans. They’ll rush to tell us how this is totally different than the Cruz situation while AOC freaks out on Twitter to the seal claps of an adoring media. In the end, though, she continues to show herself to be an incredibly weak politician.