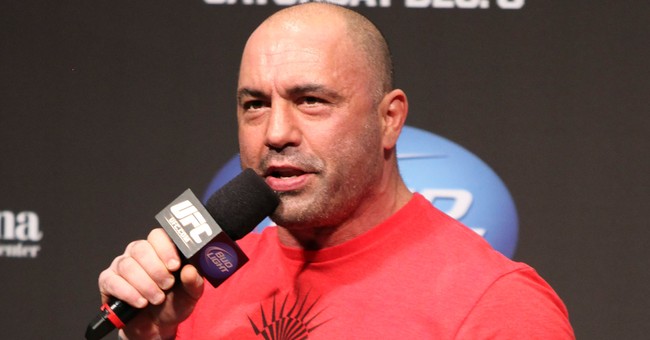 Donald Trump is scheduled to hold a major news conference at Mar-a-Lago on Jan. 6, the first anniversary of the Capitol riot, which he is expected to continue relitigating. Trump will also undoubtedly repeat the charge that the 2020 election was “stolen.” Nine days later, he is scheduled to hold a rally in Arizona.

While Trump might not announce his candidacy for the 2024 Republican presidential nomination next week, he will come damn close. Either way, he is laying the groundwork for the inevitable announcement.

Joe Biden’s mental acuity continues to decline. Kamala Harris has no mental acuity to decline. Bernie Sanders is a raging socialist. And Hillary Clinton, the two-time-losing cockroach-like antagonist whose delusional political ambitions refuse to die, is clearly champing at the bit for another run.

While surfing through the internet this morning in search of a newsworthy item that piqued my interest enough to cover, I ran across an article about podcaster extraordinaire Joe Rogan’s thoughts — and predictions — on the 2024 race. As is often the case, Rogan’s take was more interesting than most.

During a Christmas Eve “The Joe Rogan Experience” podcast, Rogan spoke with comedian Tim Dillon on a variety of topics, including COVID, vaccines and the 2024 election.

When the discussion rolled around to potential candidates and assuming Trump does indeed run in 2024, Rogan said former First Lady Michelle Obama could beat Trump if she decides to run, per Daily Caller.

I really believe, if Michelle Obama runs, she wins. She’s intelligent; she’s articulate; she’s the wife of the best president that we have had in our lifetime in terms of like a representative of intelligent, articulate people. She could win.

Not sure I was expecting that. Last I heard, Michelle Obama was perhaps interested in becoming a talk-show host.

Setting aside the all-kinds-of-wrong in Rogan’s analysis, he also offered his thoughts on “the only thing that would stop” Mrs. Obama.

The only thing that would stop her is if she bought into some of these policies that are destroying businesses in America that are making people scared. If she somehow or another supported or showed any support for lockdowns and mandates and all this craziness that’s going on.

Rogan also offered his take on the veep slot — not only for Michelle Obama if she runs — she won’t — but for Trump, as well.

Kamala Harris, Joe? If the Democrat Party survives the disastrous Biden-Harris presidency, the last thing they’d want would be a redux of Kamala Harris anywhere near the presidency.

Rogan’s prediction of the 2024 Republican ticket was more feasible in the respect of a “super team,” as he termed it, Trump should tap Ron DeSantis for the two-spot, he said. I don’t believe that will happen. While the popular Florida governor drips with executive capability, I just don’t see him as a second banana to any president. Various reports and speculations only add to the DeSantis intrigue. CPAC Chair Matt Schapp partially agrees with Rogan.

A December Harris/Harvard CAPS poll found that DeSantis currently leads all Republican candidates in a hypothetical 2024 GOP primary that excludes Trump. In November, Trump talked up DeSantis as a 2024 running mate, calling the Florida governor “a good man.”

It’s also been obvious that the prospects of a DeSantis candidacy have also bounced around in Donald’s “very big brain.” “If I run, he won’t,” said Trump in early December.

Trump was right. Given his continued prohibitive support in the Republican Party, other serious Republicans with future presidential aspirations would be foolish to enter the race for two reasons. First, sure defeat. Second, likely destroying any future chances by “traitorously” challenging Trump. (See: “political suicide.”) Then as for “the other Joe” and 2024, during a recent interview with ABC News, Biden was just as delusional as ever when asked if he’ll run for reelection. (Spoiler: His reference to his current health status was hilarious.)

Either way, how much fun would a Mooch Obama/Kamala Harris campaign be?

But alas, Joe — it ain’t gonna happen, my friend.

Are CNN and Even Kamala Already Throwing Joe Biden Under the Bus for 2024?

Is Melania Looking to Blow up a Trump 2024 Run?