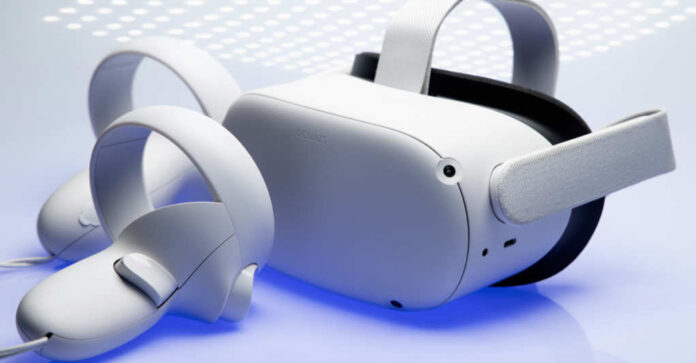 There’s a lot of tech out there. We’re seeing it every day. In some instances, we even get to play with it. If you own a pair of Oculus Goggles, you know how virtual and augmented reality can be a lot of fun.

The Marines will be one of the first branches to get a toy to play with that can help them with their training and help them to be better on the battlefield.

Augmented reality goggles will be available to troops in 2022, despite some technological speed bumps that occurred throughout 2021. IVAS or Integrated Visual Augmentation System is a project of the Army so that navigation, intelligence, and situational awareness is placed into the viewfinder of those who need the information. Even advanced target acquisition can be included.

Think of it like a vehicle’s navigation system. Many newer cars have screens that will provide directions and even tell of various other things that are critical to a driver – upcoming traffic issues, detours, and even weather that could affect the drive.

These mixed reality goggles will offer similar intel to special ops as well as anyone else who needs the support in the field.

There will be an overlay of displays on the vision of the user. It can ensure that users have more information in real-time without having to listen to audio or to have to rely on secondary devices. By wearing the goggles, everything they need to know will be in front of them. It ensures that they stay focused.

The program kicked off in 2018 and was run by the Army’s Program Executive Office-Solider.

During testing, there were quite a few issues. This included heads-up display inconsistencies as well as moisture control problems. However, with more rounds of testing, it allowed the fielding to remain with a target date of 2022.

Major General Anthony Potts, a PEO Soldier Commander, told Army Times that pushing the project from the beginning of 2022 to later in the year was done out of an abundance of caution. As reported by Military Times, Potts said that the team is “pushing the boundaries of technology with their demands for a wider field-of-view than ever before available on a night vision device.”

Up until now, most of the night vision goggles have offered a 40-degree field-of-view. It’s quite limiting, which means that troops may not have the ability to see everything that is needed to stay safe. The new goal with the mixed reality goggles is to achieve an 80-degree view.

The IVAS currently fielded offers 70-degrees, which is still nearly double of what has been available. There will be more scheduled testing that includes tactical cloud packages, stabilizing software sets, and more.

Our military has been working to make the necessary technological advances to stay competitive with the other military forces around the world. IVAS will be used by special operations, including Army and Marine infantry. Combat engineers and scouts will also have access to the system in order to provide support.

As more troops identify what they need in the field, it allows scientists and engineers to create the necessary tech. Considering that the technology already exists, it was only a matter of time before it made it into the hands of the military.