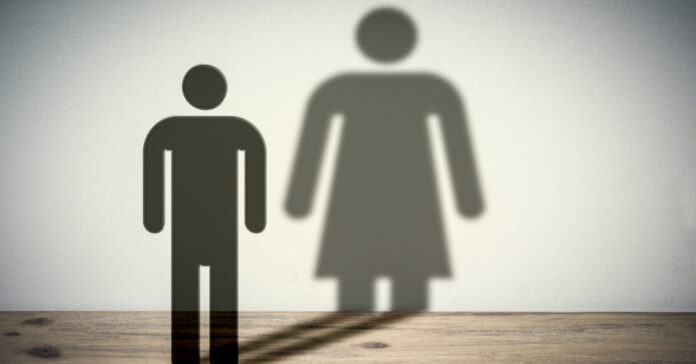 For decades, we have segregated men and women based upon their biological sex. This is what occurs in science, and as such, it has been the gold standard for identification cards, passports, schools, and jails to utilize. Now with the push for ‘gender identity’ to be the gold standard, people are finding themselves being forced to live with people of another sex who identify as another gender.

This has been a controversial way of separating the inmates, and in California, the inmates are starting to ask questions. In the letter, various inmates at the prison said “So we want to know if you can possibly send a copy of the policy and procedures for the screening process of these men coming here. They are getting caught having s*x already yesterday a girl was s*ucking a mans d**k on the main yard. WTF? … This is not safe for us.”

They are right. This is not safe for them at all. It’s also potentially coming at a larger cost to the American people. There is no ‘test’ for gender identity, and the men and women wear a similar style uniform inside most prisons, so there is no real incentive to live as a man. As such, there truly is nothing to prevent an arrested or sentenced man from saying ‘I identify as a woman’ to get placed into the women’s prison system. That gives them access to a plethora of not only physically weaker (usually) women, but also unrestricted access to a number of potential sexual assault victims. The SB132 law is behind this recent change, and it is leaving women inside the prison vulnerable and afraid. Yet to listen to The San Francisco Chronicle, it is the trans women who are in fear.

“Since the law took effect on Jan. 1, 288 people currently housed in male prisons have asked to be housed in female prisons, according to the corrections department. Of those, 41 requests have been approved, but only 25 people have actually been moved. Nine people housed in female prisons have asked to transfer to male prisons. None of those requests has yet been granted…Eight requests from people seeking to transfer from men’s prisons to women’s facilities have been denied. Twelve additional prisoners changed their minds. The rest remain in limbo. The agency gave little further explanation for the slow pace of transfers. Under SB132, the state must grant such requests unless it has an “articulable basis” to deny them for security reasons.”

This really should not be a hard concept to grasp. Keep the men with the men and the women with the women. While there is something to be said for the mental health state of the trans community, perhaps they need their own prison blocks as well. Trans men and trans women. Keep people separated so you can keep them as safe as possible and keep their mental health in check.

While yes, they obviously did something to be there, and they must pay their debt to society, they should have a chance to rehabilitate while inside, so they can leave and become productive members of society. These people have a chance to turn their lives around and make something out of their lives. Given the circumstances, we can provide them some security, and the extra segregated prisons may be just the ticket to provide that security. In the meantime, you can guarantee there will be more stories coming out of the California prisons, and the big question will be about what they will do when the first woman gets pregnant in jail from her cellmate or someone in the yard. Any way you slice it, this is not good.