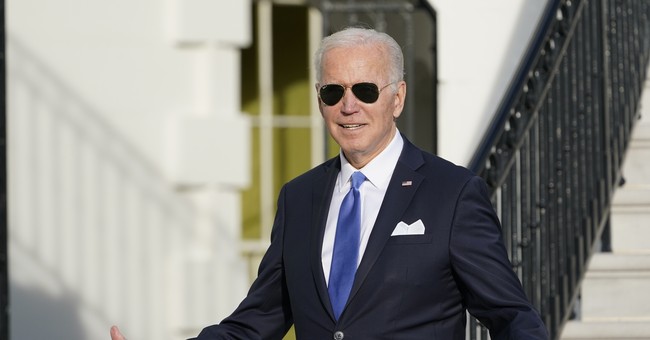 On December 22, President Joe Biden announced that he has unilaterally extended the pause on student loan repayments for an additional 90 days, through May 1, 2022.

The latest pause on repayments, which is now the third postponement under Biden, “has given 41 million Americans badly-needed breathing room during the economic upheaval caused by the global COVID-19 pandemic,” according to the Biden administration.

This begs the question: Is it wise for the Biden administration to kick the can down the road yet again when it comes to stalling student loan debt repayment? In a word, that answer is a resounding no.

Yet, during the era of COVID-19, legally binding contracts have been thrown by the wayside, courtesy of the federal government.

Aside from the multiple extensions on student loan debt repayment, the federal government has also made null and void existing contracts between tenants and landlords under the federal eviction moratorium concocted by the Centers for Disease Control and Prevention.

Make no mistake, this is a dangerous road to go down. Once the population is told they no longer must abide by legally binding contracts, the slippery slope of ignoring one’s contractual obligations has been unleashed.

For many on the left, this is more than okay.

According to their statement, “If the payments resumed as scheduled on February 1, 2022, approximately $7 billion a month and $85 billion annually will be stripped from over 18 million student loan borrowers’ budgets.”

That is nonsense. Those 18 million student loan borrowers would not be “stripped” of $85 billion annually. They would be simply repaying money that they voluntarily borrowed.

Sadly, this all falls on deaf ears among far too many in the Democratic Party.

Aside from the moral hazard of suspending/canceling student loan debt, what about the millions of Americans (including this author) who worked day-and-night literally to pay off their student loans?

It is grossly unfair to all the Americans who have faithfully repaid their student loans to arbitrarily decide that a cohort who chose to borrow vast sums of money so they could go to college that the age-old rules of repaying what you borrowed no longer applies.

Furthermore, it sets a precedent that could cause chaos when it comes to Americans’ repaying credit card debt, outstanding auto loans, home loans, etc.

The Biden administration would be wise to recognize the ethical conundrum that it is introducing when it makes it clear that repaying one’s loans is a choice, not a duty.