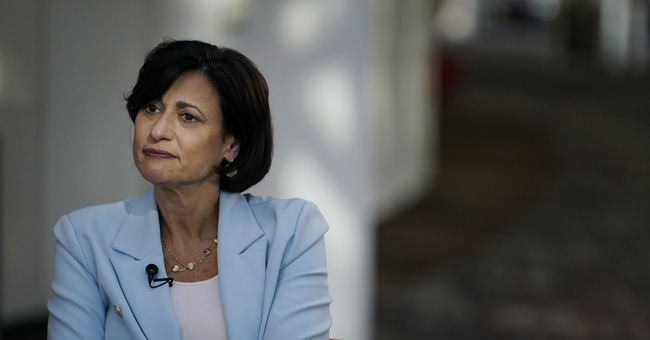 The newly updated CDC guidelines don’t require testing at the end of isolation because PCR tests can stay positive for up to 12 weeks, CDC Director Dr. Rochelle Walensky told “Good Morning America” Wednesday. “So we would have people in isolation for a very long time if we were relying on PCRs,” Walensky explained.

So you mean that the tests aren’t accurate to tell if you still have the virus now? And that you’re just telling us that they might throw positives for up to 12 weeks, even after you might no longer be contagious? Why are we only hearing about this now from the CDC? How long have they known this? All kinds of people and businesses have been making decisions based on these tests. They’ve factored into restrictions and lockdowns, and now we hear that they may not be accurate? Why, then, was so much built around them?

So they’re just eliminating the need for testing after isolation? How do you know then when you are no longer contagious if you’re now telling us the tests aren’t a good indicator? Then what you’re saying is that you’re just picking a random time to end isolation, after which you may or may not still be contagious?

Can we say clown car administration? I can’t say it enough: Why are they only saying this now? Others have raised questions about their accuracy in the past for the same reasons and were attacked for doing so. So it’s not something dependent on “new” information that the CDC just discovered.

Walensky also said that according to early data looked at by the FDA, rapid antigen tests may be less sensitive when it comes to the Omicron variant.

“We do know that the most sensitive test you can do is a PCR test,” Walensky said. “So if you have symptoms and you have a negative antigen test, we do ask you to go and get a PCR to make sure those symptoms are not attributable to COVID.” Oh, goody, so the rapid tests might not be as accurate either for Omicron. She said they were still encouraging their use, though.

This follows them shortening the isolation period from 10 days to five days for those who were asymptomatic at that point, although they recommended that the people continue to wear masks for five days. Dr. Anthony Fauci revealed that at least part of the reason was economic — because otherwise there could be so many people out society could grind to a halt. This morning, Walensky said on CNN that the change “really had a lot to do with what we thought people would be able to tolerate.” Again, sounding a lot more like politics.

Walensky’s comments understandably set off a firestorm of questions and anger on social media. What’s coming that they’ve suddenly come out with all these “truths?” Is it because the “good people” are getting it so the same rules can’t apply? At this point, the Biden team has burnt any credibility that they had left on the issue.