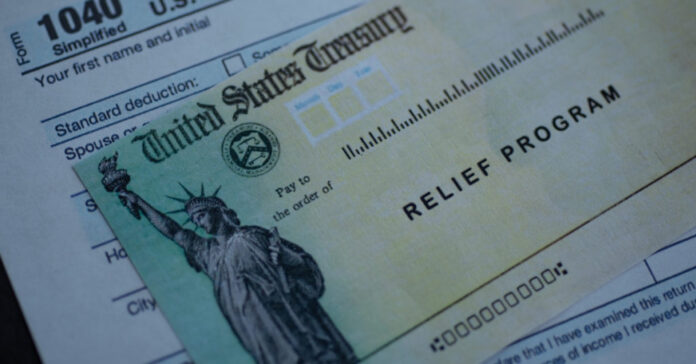 The COVID-19 pandemic was a terrible thing for every American to have to live through. Every person in the country has been touched by horrors brought by the virus, created in the heartland of China. President Donald Trump was the perfect leader to bring the country through the tough times. He set in motion programs designed to help people weather the financial burdens of not being able to work and put food on the table. But there are always those who will try and take advantage of the programs.

Azhar Sarwar Rana is the man that is now facing five years in prison for his taking of $5.6 million in money set aside for small businesses to stay open. His fraudulent acts pilfered the Paycheck Protection Program enough that it would warrant him a cell in prison.

The funds he stole were set aside to help business owners pay their employees and keep their doors open. But Rana saw his chances to make a few million with the hopes that no one would catch on to his little scheme. But like all criminals, they always try and take too much and get caught in the end.

Rachael A. Honig is the Acting U.S. Attorney. She announced that “A Sussex County, New Jersey man was sentenced today to 64 months in prison for fraudulently obtaining a federal Paycheck Protection Program (PPP) loan of over $5 million.”

Judge Esther Salas found the man guilty of money laundering and bank fraud. Rana would plead guilty to the charges and be sentenced to lose five years of his life in federal prison.

Rana ran his dirty scheme by acting like a real estate company. He devised a fake name and started collecting money from the federal program. The pandemic was hard enough on every person, but to have this greedy man stealing money when people were hurting is beyond acceptable.

The Department of Justice released a statement that claimed, “New Jersey Department of Labor records showed that Azhar Sarwar Rana LLC paid no wages in 2019, and the minimal wages it purportedly paid in 2020 were mostly to individuals whose submitted Social Security numbers did not correspond to their submitted names.”

Rana could not even get the fact straight behind the scheme he was trying to pull. He wanted the money and thought that no one would ever look into his little fake business. But like every criminal, he went too far.

Rana thought he could use the money for personal use. He bought a luxury car and invested untold millions into the stock market. He even sent tons of the money to locations in Pakistan. And when he tried to leave for Pakistan, the feds showed up and drove him to his new home behind concrete walls.

It took nearly five different governmental offices to get Rana behind bars. Each one is working with the other to get this man off the streets. Rana was supposed to use the money for his payroll, mortgage interests, and rental payments. And since none of those things existed, he was free to do what he wanted with the money.

Rana was not the only thug to try and rip off the relief programs. Bernard Lopez was found guilty of bank fraud and stealing federal funds. He was sent to prison for 30 months. He tried to take a U.S. Treasury check and put it into a bank account belonging to another fake company. He would later remove the money before the bank realized they had been the victim of fraud.

And then there is Salwan Adjaj, who stole someone’s identity. He would use the other identity to submit loan applications to the federal relief programs. But he was discovered and sent to prison as well.

The federal government under Joe Biden is entirely a joke. He does not have what it takes to end the fraud and corruption taking place with the federal relief programs. He has no plan for the future and cannot even work through the day’s issues.