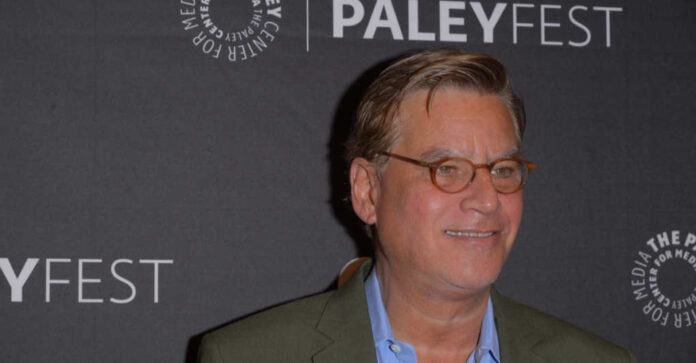 No one would accuse writer and director Aaron Sorkin of being a conservative, he definitely leans to the left in his politics. But he is not holding the party line with his left-wing colleagues regarding the demands to only cast LGBT actors to play LGBT characters. And Sorkin is loudly disagreeing with the thought that performers of a specific ethnicity must play the corresponding ethnic roles.

Aaron Sorkin, best known for creating award-winning TV shows like The West Wing, did a recent interview with The Sunday Times. He said, “It’s heartbreaking and a little chilling to see members of the artistic community re-segregating ourselves.” He focused on the common practice of prioritizing “representation” when actors are cast for roles.

His thoughts on these issues came as a response to criticism he has received for casting the actor of Javier Bardem, who is Spanish, to play Desi Arnez in the new file “Being the Ricardos.” Arnez is of Cuban descent.

Sorkin, who is also known for the movie “The Social Network,” went even further stating that you can an actor is expected to act out being attracted to another actor, but that same actor can’t act being gay or straight. He questioned the idea that only gay actors should play gay characters, or only a Cuban actor should play Desi Arnez. Sorkin said, “Honestly, I think it’s the mother of all empty gestures and a bad idea.”

As you might guess, many in the Hollywood liberal club are not taking kindly to Sorkin’s statements. Hanna Ines Flint, an MTV movie critic, condemned his comments as being insensitive. She said that Sorkin was doubling down by calling the need for representation “re-segregation.” And she said that it is heartbreaking to see a screenwriter she was a fan of being “deliberately obtuse” to people’s valid criticisms.

Another critic of Sorkin was Lyra Hale, the managing editor of Fangirlish. She believes that Sorkin does not understand that it is not only about gay actors playing gay characters or only Cubans playing Desi. Hale thinks that it is about underrepresented communities having the opportunity to take part in the stories that are being told. She said it is about authenticity others just don’t understand.

Javier Bardem defended Sorkin’s casting by saying that there was no reason he should not be allowed to play the role of one-half of the legendary “I Love Lucy” couple. He told The Hollywood Reporter that he was an actor and acting is what he does for a living. He tries to become people that he is not.

Bardem then reminded the critical public that we have had Marlon Brando playing Vito Corleone; we’ve had Meryl Streep playing Margaret Thatcher, and we’ve had Daniel Day-Lewis playing Abraham Lincoln. He then questioned why the conversation is happening now with people with accents.

He continued to question the idea that you should only play people that have your accent. Sorkin asked where the conversation is about English-speaking people playing roles in things like “The Last Duel.” They were supposed to be French people in the Middle Ages. If there is going to be a fight because an actor with a Spanish accent is playing a Cuban, then Bardem said we should open that can of worms for everyone. He then vowed to give everything that he has to this role that he was given.

The Oscar-winning actor ended his comments with a joke about only letting actors who were born in Denmark play the role of Hamlet.

While some have lashed out at Sorkin for his privilege and said that he is out of touch, many appreciate his critique of the cancel culture and woke casting practices.