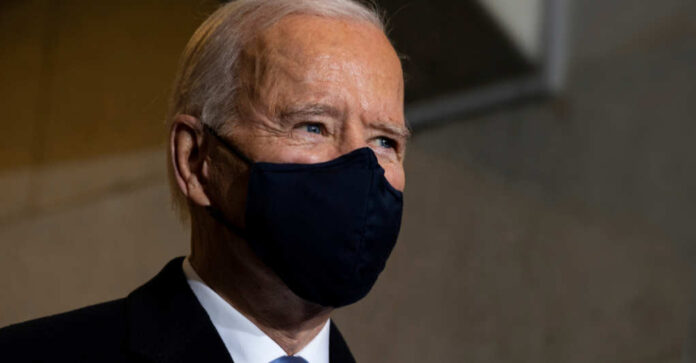 Joe Biden is walking on dangerous ground with his illegal vaccine mandate. He believes he has the right to dictate what people can do with their health in times of medical distress. But the problem with his belief is that nowhere in the Constitution does it give the president the right to take away personal freedoms.

Biden has suffered several losses and injunctions in the lower courts regarding his vaccination mandate. And now he is turning to the one court he has threatened to destroy because he does not get favorable rulings to perpetuate his socialist agenda.

Biden approached the court and demanded that they rule in favor of his illegal mandate. He is foaming at the mouth, wanting to fine companies for violating his mandate. He wants to sit back and laugh at the hurt he is causing families to lose their jobs and live in poverty as they seek other work.

The president is not in favor of helping Americans live better. He wants to watch them roll around in the mud struggling to pull themselves out of the messes that he has dropped them into. The lower courts have stopped thousands of people from being forced to vaccinate. These are people who work in the healthcare industry but have religious convictions and moral convictions that keep them from getting the shot.

Biden’s request stated that his authority to mandate such choices “will save hundreds or even thousands of lives each month, and the Eleventh Circuit has held that it is a valid exercise of the Secretary’s authority. Yet the requirement has been blocked in ten States by the district court’s preliminary injunction in this case, which a divided panel of the Eighth Circuit declined to stay in a one-sentence order.”

Biden maintains that the virus is still killing thousands of people and those in the medical field are the cause of all the new infections. His request is direct and pointed. He wants the injunction lifted, which will force thousands of people to violate their beliefs and destroy their right to choose what is suitable for their health.

But nothing in science or supporting proof remotely backs up what the old man is claiming. The Democrats are notorious for making claims that are fake and play on the feelings of others to get what they want. And Biden’s statement has the same playing cards in it. Once the nonsense is taken away from the statement, nothing will hold up in court to make his case believable.

The president had no recourse but to approach the Supreme Court and demand that they reverse the lower court’s injunction. His constant thirst for power is robbing him of making decent decisions.

The medical staff that rejects the vaccination will end up losing their jobs. But so many people went to work fighting the mandate that the courts put the injunction in place. So out comes Biden out on his hands and knees, begging the conservative court to give in to his insanity and let him boss people around and violate their freedoms. He certainly does not understand that the court is there to protect the rights of people and not give them away.

Biden’s plan to kill off American industry is failing. His socialist push to destroy America is not working because the people are coming together and realizing just how insane the man and the Democratic Party have become. The red wave started because of the liberal’s pointless attacks on freedom, and they were in great danger of being swept out of Washington.