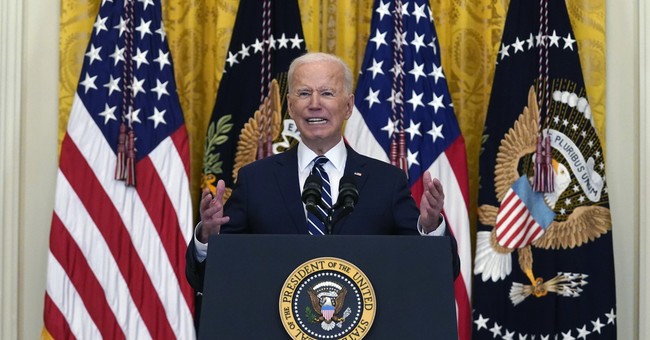 If you are someone who has paid attention to politics over the last decade, you understand the disparate treatment different administrations get when it comes to scandalous activity. In regards to Barack Obama, he literally had his appointees out lying about a terrorist attack that killed four Americans, and the media still claim to this day that his biggest scandal was wearing a tan suit.

When it came to Donald Trump, him receiving two scoops of ice cream became a bigger story than Obama’s targeting of conservatives via the IRS. At one point, Ivanka Trump said something nice about Goya Foods, and the news industry lost its minds claiming she had violated ethics rules.

That’s relevant because it’s in stark contrast to how a major, brewing scandal is being treated in relation to the Biden administration. As RedState reported weeks ago, there are serious issues surrounding millions of dollars in stock owned by Secretary of Energy Jennifer Granholm. That stock is in Proterra, an electric vehicle company that is being actively promoted by the Biden administration. Further, Granholm being the Secretary of Energy means she gets to make regulations that can directly enrich herself.

Now, the story has gotten worse as Granholm appears to have reneged completely on her pledge to sell her stock and leave the board of the company in question.

President Joe Biden and Vice President Kamala Harris’ efforts to sell their green agenda and infrastructure plan are being complicated by a thorny conflict of interest for Energy Secretary Jennifer Granholm — who stands to gain a windfall from stock options in a private electric vehicle company.

Last month, Biden took a virtual tour of Proterra, a company Granholm holds millions of dollars in vested stock options in and previously sat on the board of. During the tour Biden praised employees and the CEO for their work in the electric vehicle space.

“Chairman, let me say something quickly to you. The fact is you’re making me look good,” Biden told the company’s head executive, before pledging to come back in person at a later date. “I used to have a friend that said it’s always great to do well and do good — you’re doing both pal. You really are.”

It doesn’t take much of an imagination to speculate on how this level of scandal would be treated in the news media had it involved Donald Trump. It would be the subject of months of negative coverage, and calls for criminal charges would likely be included. Certainly, all the government ethics offices would be going nuts. They seem largely uninterested in much of anything since Biden took office, though.

Granholm being in her role at all while owning this stock is scandal enough. She is pushing an “infrastructure” plan that seeks to transfer the government’s gas-burning vehicle fleet to electric cars, trucks, and buses. If that happens, she makes millions.

This is the kind of swampy activity that got Trump elected in the first place. Washington D.C. is back open for business, and the usual suspects are benefiting. This is exactly why the fight against the former president was so vicious. It wasn’t just that they hated his personality and his tweets. He also represented a clear threat to them financially.

All the major networks should be blasting the Biden administration over this, not just via obscure internet mentions, but on their primetime programs. The Government Accountability Office should be losing its collective mind as well. None of that is happening, though, because Democrats always get a pass. We’ll keep reporting the news that makes them squirm anyway.