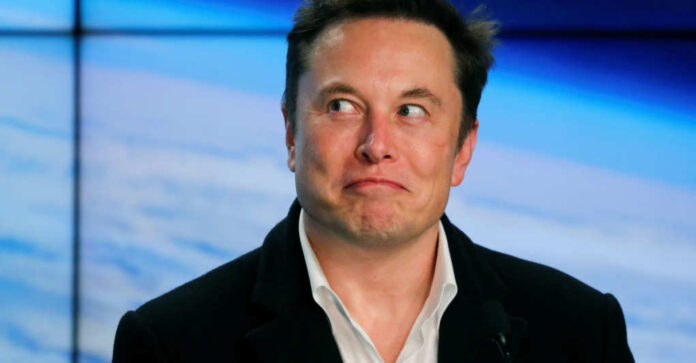 Elizabeth Warren likes to tout that she’s a capitalist…but that’s like touting that she’s a Native American, too. It’s just not true. Now, someone who is a true capitalist is Elon Musk – and he’s decided to go head to head with the senator in an epic Twitter battle.

We’ve all seen the pricing in the grocery stores. Everything is on the rise thanks to the legislation that Biden is passing with his trusty pen in the Oval Office. Well, Warren doesn’t want Biden taking the blame.

She made the comment that families should be upset that the cost of the meat is high. She says that meatpacking monopolies are to blame, though, and they’re using the excuse of inflation to hide their desire for larger profits.

She probably has a similar rhetoric for why we’re paying so much at fuel pumps around the country, too.

Corporations like making money, sure. However, why does it seem that they’re only greedy when there’s a Democrat in office?

Biden’s economic policies have contributed to the inflation. The only thing corporations are doing is raising prices to maintain their profit margins.

Warren also decided to take aim when it was announced that Elon Musk was named “Person of the Year.” She tweeted out that it’s time to “change the rigged tax code” so that Musk can “actually pay taxes and stop freeloading off everyone else.”

Does she have any idea what Musk does? How many jobs he has created? How much he does actually pay in taxes?

That’s closer to the truth, too. After all, Warren and others have ended up becoming rich while they sit on Capitol Hill. They accept bribes from lobbyists so that they can push their liberal rhetoric down everyone’s throats. How else do you explain how senators who earn a salary of $174,000 a year have a net worth of millions after a few years in office?

She seems to be very angry about the fact that she’s not the one in the Oval Office, screwing up the country. Her failed Democratic primaries meant that she had to take a backseat and let Joe Biden ruin the country.

And Elon Musk isn’t going to let any of it go. He tweeted to her that “You remind me of when I was a kid and my friend’s angry Mom would just randomly yell at everyone for no reason.”

Elizabeth Warren is a washed-up politician and she knows that her days in DC are numbered. Since she wasn’t able to become the first female president, she’ll just yell at everyone about everything that she dislikes about the country.

The reality, too, is that she couldn’t be more wrong about Elon Musk and his taxpaying practices. He pays his taxes – and quite a bit of them. She wants him to be taxed on unrealized capital gains, though – and that’s just ludicrous. No one should be taxed on stock that hasn’t been sold because he hasn’t actually profited from it yet. And if that stock tanks, will a refund be issued? Of course not…

Most people don’t take on Elizabeth Warren because she appears to be well-educated. However, Elon Musk isn’t going to sit back and let her make demands – especially if it will affect his financial livelihood.

He’s already explained why corporations shouldn’t be taxed too heavily – the government can’t be trusted to deal with that kind of money.