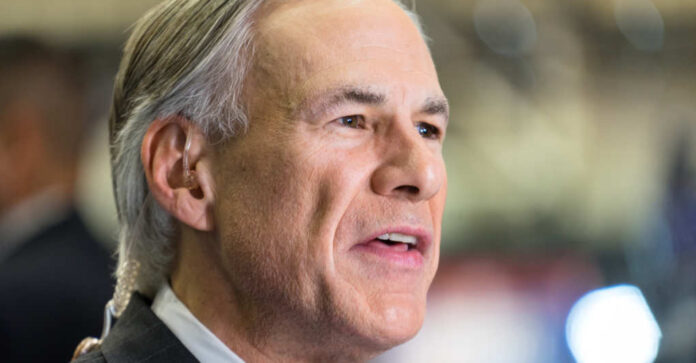 Joe Biden would love nothing more than to bind the hands of all those refusing to get the vaccine and following his illegal mandate. He wants people in the dark and unable to fight back against his insane policies. But some are fighting back and providing a way for the ordinary person to report to authorities those businesses in Texas that would still seek to force people to get the vaccine.

Governor Greg Abbott saw to make the mandatory vaccination of employees illegal in Texas. Biden cannot reach into the state and force people to do something that violates their constitutional rights.

People now have a hotline to report any employer threatening workers with their jobs if they fail to comply with any vaccine mandate. Texas law prohibits any entity from mandating people to vaccinate with the COVID-19 drug. The Lone Star State will resist the illegal laws coming out of Biden’s office every time he issues one.

Governor Abbott stated that “We have now created a hotline for Texas employees to report illegal vaccine mandates. The COVID-19 vaccine will always be voluntary & never forced in Texas.”

The new hotline will let people report any place violating the law. Any person found forcing another vaccinate will be in for a world of trouble by law enforcement.

And to help employers understand the law, Abbott issued a letter detailing what the law was in Texas. His letter reported that “My Executive Order clearly states that no employer can mandate the COVID-19 vaccine for an employee with a religious, personal, or medical exemption. We have now created a hotline for employees to report illegal vaccine mandates in Texas. While I encourage Texans to get the COVID-19 vaccine, it will always be voluntary, and never forced, in Texas, and we are committed to ensuring Texans’ livelihoods are not jeopardized by federal overreach.”

The Democratic Party is all about control. They think they can make laws and issue orders that violate the Constitution. But the third part of the government makeup can stop it by interpreting the Constitution. The Judicial Branch is another hurdle that keeps the Democrats from running away with the country. But Biden would love to pack the court to nullify its Constitutional powers.

The message that Abbott is sending to Biden is that the states will not sit around and let the federal government walk all over them without a fight. Any person or entity that is violating the law will be prosecuted. They will have to answer for their criminal activity. Each business is also to honor exemptions and issue them without reservation.

And yet, there will be those instances where the business or organization is going to try and push the line by mandating the illegal vaccine. But they are going to find out that the law of America still exists, and the enforcement of the law is still around.

The Democrats may have tried to unseat law enforcement but failed. No system in the world is fairer and just than the legal system in the United States. People are innocent until proven guilty in court. In other places around the world, the person is guilty and never allowed to present their side of the case. They are abused and tortured for their crimes.

The America that Biden wants to build back mirrors those countries that abuse their people. But as long as there is freedom in America, there will always be a way to fight the injustices put in place by Joe Biden.