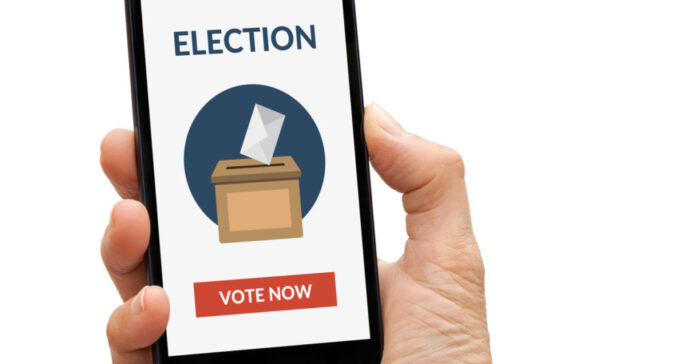 Blockchains were created in 1991 and originally intended to timestamp digital documents so that it is not possible to backdate them or to tamper with them, almost like a notary. However, it went by mostly unused until it was adapted in 2009 to create a digital cryptocurrency, called Bitcoin. In 2017, the creation of blockchain technology peaked a lot of people’s interest. Soon, others realized this technology could be used for other things such as storing medical records, creating a digital notary, or even collecting taxes.

But what about blockchain voting? No, this isn’t the beginning of a dystopian thriller that warns of the damage of the digital age. This is real life, and while Republicans were upset about all the mail-in voting happening in 2020 that the Post office was supposedly handling, we really had no idea what was going on behind the scenes.

The Washington Post reported that the postal service was secretly attempting to try their hand with blockchain voting in secret, behind the backs of the American people during the Donald Trump administration. The government’s own experts have expressed concerns saying we cannot trust the app for mobile phones for voting.

David Partenheimer said that after cybersecurity researchers dug into the project at the University of Colorado at Colorado Springs, they began to conduct tests of the system during a mock election and found a whole host of ways that it was vulnerable to hacking (I know, shocking).

While we’ve all wondered if our vote is actually being counted simply by punching buttons on a computer screen or filling out a paper ballot, it appears as though there is much more cause for concern by attempting to use blockchain. But, why did they test the mobile voting app before the 2020 election just weeks after they told us we would all just be locked in our house for only 14 days? Transparency should be our utmost priority moving forward with the American people, especially after watching video after video of poll workers wheeling and dragging in storage containers upon storage containers after the polls had closed.

Maybe it was more directly the government’s fault for not being as thorough as they need to be with the job description, possibly leading the poll workers to believe, like pole workers, most of their work was done off the books, after hours, and in the shadows. Either way, like house guests after three days, something smells fishy. As we put the pieces of the puzzle together, it sounds like more of a scheme to take down the presidential election without having to print tons of ballots and just send them through the machines.

As previously reported by The Post, “The Postal Service was awarded a public patent for the concept in August 2020 but had not previously revealed that it built a prototype system or tested it. The patent application predated the administration of Postmaster General Louis DeJoy, who came under fire from congressional Democrats and election administration experts over mail-slowing procedures implemented in the run-up to the November 2020 vote.”

Susan Greenhalgh, a senior advisor who advocates against mobile voting said, “It’s scandalous for a government entity to conduct research into the security of blockchain online voting, which shows how insecure it is, but then hide the results and deprive the public and officials of these findings for over two years.”

The takeaway here should be that if people don’t care enough to get off their lazy bums and go vote, for the good of America, they shouldn’t be voting anyway. We understand that during the pandemic, the two most deadly things one could do were attend church or show up in person to vote. But we’re here to tell you we survived, and you will, too.

Anytime they try to change anything in relation to how we vote, it is generally at the expense of our republic.