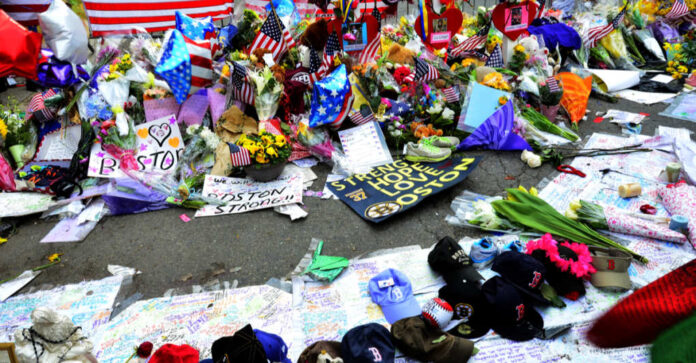 Despite a current moratorium preventing capital punishment, the House Oversight Committee has some questions for the Biden administration. Democrats argued that Boston Marathon Bomber Dzhokhar Tsarnaev should have been executed along with the others when Donald Trump briefly lifted the moratorium at the end of his term. They’re claiming that a federal appeals court made a huge mistake by agreeing to toss out Tsarnaev’s death sentence.

It was Attorney General Merrick Garland who stopped federal executions after Trump, as is customary for all presidents prior to leaving office, cleaned house by ordering the execution of some of America’s worst bad guys. Since he knew there was a possibility of Biden coming into the White House, Trump went ahead and showed him the courtesy of doing him the favor, just in case.

The moratorium does not prevent any criminal from receiving the death penalty, it merely prevents the federal government from following through with court orders. Because it appears likely that the six liberal Supreme Court judges might be persuaded enough to give the green light for offing Tsarnaev, the committee wants to know if the Biden administration is planning on ordering the required deadly drugs, and if so, what they’re planning on injecting the guy with.

As shocking as it is that the flower child Democrats in D.C. are in favor of turning Tsarmaevs lights out, some of them also want to make certain that if the death is carried out, it’s accomplished with decency and dignity, unlike the three victims the kid blew to kingdom come.

Chairman of the panel’s subcommittee, Jamie Raskin, D-Md, along with Rep. Ayanna Pressley, D-Mass, have demanded a full review of execution policies and procedures. But mostly, they want to know if the Biden administration plans on sticking with using pentobarbital to get the job done, as has been customary, and as was directed by former Attorney General William Barr in the 13 executions that took place.

Pentobarbital is frequently used by veterinarians to anesthetize, or depending on the dosage, to euthanize animals. It’s a barbiturate that attacks the central nervous system, and when intentionally overdosed, stops a heart from beating. Outside of this usage, the drug is of little to no medical value for people or animals.

An inmate who was executed last year was said to have suffered extreme pain prior to dying. His lawyers said the pentobarbital injection had the man ferociously convulsing and crying out for mercy. The families of the victims the man had unmercifully slaughtered didn’t mind one single bit. He momentarily suffered. Their suffering will never end.

The federal Bureau of Prisons and the Justice Department are not cooperating with the Committee’s request concerning the executions ordered by Donald Trump. To them, the privilege of being humanely executed is only subject to the pain and suffering caused by the guilty party. It’s all relevant.

Neither will say where the drugs used in any of the executions were procured from nor will they provide even the least detail concerning how the injections were administered. They have no concern for such trivial liberal matters, and why should they? Don’t do the crime, if…

In all 13 of the federal executions, prison officials compared their final moments to peacefully falling asleep. An inmate’s final gasps for air are called “snores,” and the cold steel medical gurney their laying on is referred to as a “bed.”

Their deaths were tranquil as they gracefully followed their escort angels to their new homes. Undoubtedly, this description was only meant to appease the liberal blowhards who are objectionable to cold-blooded killers getting what they deserve. Outside of saying this, mums the word.