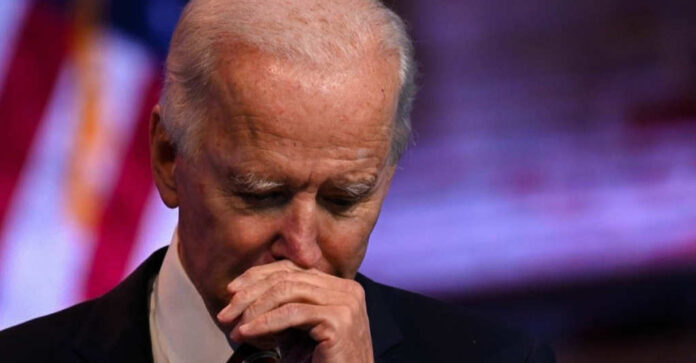 Over the past couple of years, there has been a growing concern about Joe Biden’s mental understanding and abilities, basically ever since he announced a run for the White House. When his campaign began, it took little time for people to start noticing a trend of sorts. Biden seemed incapable of completing a speech or even a few one-liners without confusing his words, stuttering, or forgetting who someone was or even where he was at.

Now, to be sure, campaigning for what many have called the hardest job in the world can’t be easy. You are constantly on the road, traveling here and there, meeting with people, hosting press conferences, and all the while with a camera in your face and criticizing your every move. Such things would eventually take their toll on anyone.

But while Biden seemed to slowly be losing his grip on reality, Donald Trump, just a few years his junior, was taking it all in stride. He did everything that Biden did – the traveling, the constant press attention, the criticism, etc. – and yet he still managed to not only remember who his wife was but also what town he was visiting and why.

And the longer it went on, the more obvious it became that there was something wrong – even after he had been sequestered in his Delaware basement for months on end due to the COVID pandemic.

Of course, he and his staff denied it all, vehemently sometimes even, which didn’t help matters. He also flat out refused to have a cognitive test done, simply asking “why would I” when questioned about getting one.

And to this day, he still hasn’t had one, regardless of the bumbling sentences he can’t manage to put together, the flat-out lies he’s caught telling the press, the sudden fits of rage and confusion, and who could forget about his literal falls.

Needless to say, it all has given the people of America some rather serious cause for concern.

In fact, according to recent pollings, some 48 percent of Americans don’t believe that Biden is ‘mentally fit’ for office.

But have no fear; there’s at least one doctor who believes he is.

Recently, when asked about her husband’s mental “fitness,” she literally scoffed at the idea that some think he’s unfit to lead our nation.

On CBS Sunday Morning, First Lady and Dr. Jill Biden was asked by correspondent Rita Braver about her response to the fact that “there have been some recent polls that show that quite a few Americans have some questions about the president’s current mental fitness.”

Biden’s response was a quite offended scoff and the simple phrase, “I think that’s ridiculous.”

Now, to be clear, Jill Biden does have a doctorate degree. But it’s not in anything related to cognitive science or the medical field. Instead, it’s in education, as she has been a teacher and served in public schools for decades now.

Not that there’s anything wrong with having a doctorate in her field, but it’s clearly doesn’t give us any reason to believe she knows anything about actually knowing whether or not her husband’s cognitive abilities are declining.

Yes, I know. Jill likely knows her husband better than pretty much anyone else. As such, she may not need a doctorate in medicine or science to tell if something is amiss with Joe Biden’s brain, at least it shouldn’t. But if she has, she’s not admitting as much.

And why would she? You know, aside from the fact that it’s the right thing to do, not only for his future health but also for the safety of our entire country.

After all, his presidency, as disastrous as it has been, has given her even greater success. She’s now been elevated from a mere teacher to the head of the largest household in America, leader of more than a few committees, and the supposed role model of young women everywhere. Oh, and, of course, it comes with an awfully nice paycheck via her husband.

I mean, she’s basically royalty at the moment.

So, naturally, she’s going to use her title of “doctor” to say that Joe is doing just fine, no matter what’s actually going on in his demented head.