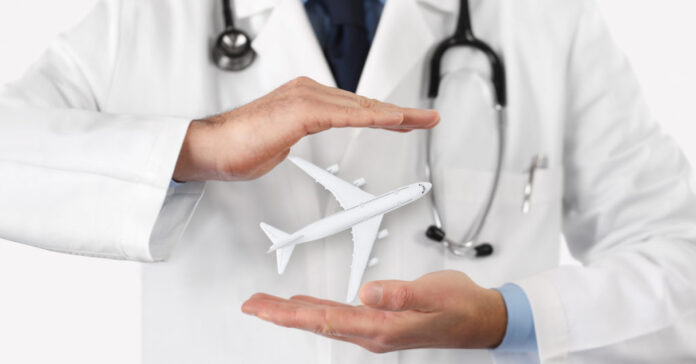 We’re waiting to see how the Supreme Court will rule regarding what’s happening in Mississippi. If the states suddenly have the ability to decide whether abortion will be legal or not, California is already preparing to be the liberal savior.

Medical tourism is already a booming industry – particularly in countries where medical costs are considerably lower than in the U.S. It allows people to take a vacation and have a medical procedure done. In many instances, these trips are cheap because a person gets to have a specific medical procedure done for a fraction of what it would cost in the U.S. And, the best part is that they don’t have to convince their doctors that they need it because there are fewer medical standards in place in other countries, such as Thailand, Brazil, and elsewhere.

California is thinking about how they can cash in on abortions in a very similar manner. They’ll start up an abortion tourism industry where they can invite women from all over the country to get their abortions in the glitz and glamour of California.

The billboards that are sure to pop up will advertise such things as “Conservatives preventing you from aborting an unwanted fetus? Book your abortion appointment in Sunny California…”

It’s really quite disgusting when you think about it.

If Roe v. Wade is overturned, California is already dreaming about the revenue streams. They’ve already established a 45-part proposal to expand abortion accessibility, which means that this was likely in the works long before Mississippi’s abortion issue made it to the Supreme Court.

The Associated Press tweeted a piece of breaking news to say that the proposal “would include paying for travel, lodging and procedures for people from other states who want to have an abortion.”

Imagine going through all of this just to commit murder. This is no longer about a woman who feels as though she has no other options and runs into a clinic to “fix” the situation. This is about a woman planning a vacation so that she can kill the fetus growing inside of her without feeling any guilt. She can be pampered before and after the procedure so that it is easier to accept the murderous act.

Amy Coney Barrett has been quick to point out that abortion isn’t the only option, especially against the argument of “I can’t afford to raise a child.” That’s what the safe haven laws are for – mothers can carry the child to term and place the baby on the doorstep of any fire station in the nation without any questions being asked.

Still, it’s easier to simply commit murder. And California has been quick to say that they don’t really focus on the “viability” of the fetus. 12 weeks, 20 weeks, 36 weeks…as long as they can make some money off of it, they don’t really care what age the fetus is.

Newsom told ABC News that “we’ll be a sanctuary.” Ahh, well, there’s a big surprise. The state is already a sanctuary to all of the illegal aliens who cross into the country illegally and commit crimes upon entering. Of course they’d want to be a sanctuary to all of the women who think it would be a great idea to simply murder their unborn children rather than focusing on a) birth control or b) carrying the child to term.

This isn’t about the women. This is about profit. And as Prudence Robertson, a spokesperson for the Susan B. Anthony list explained, “Extreme pro-abortion leaders in California are marching in lockstep with the profit-driven abortion lobby, working to convince women that they need access to abortion to succeed.”