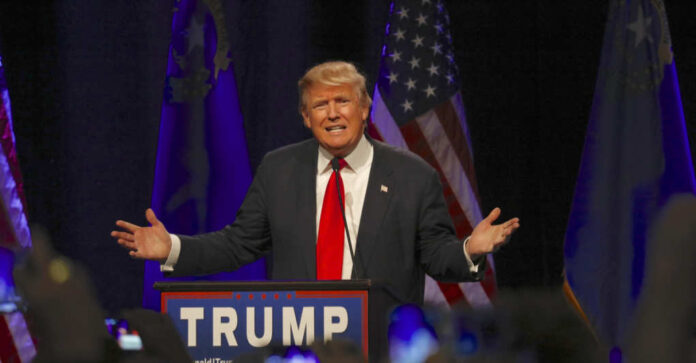 If you hadn’t heard, the woman who took down New York State’s corrupt former governor, Andrew Cuomo, is seeking his recently vacated seat. In fact, many believe her desire for the governorship was what fueled her investigation and findings into the supposed sexual assault allegations against Cuomo in the first place.

However, after months of confirming that New York Attorney General Letitia James would be running, she has now announced that she will be dropping out of the race entirely.

Well, there are really only two possible reasons.

One is that the interim New York governor, Democrat Kathy Hochul, has already won over the people enough to the point that James has virtually no chance to win against her. According to CNBC News, James was already some 18 points behind Hochul in the polls, just two months after making her gubernatorial run announcement.

Of course, that’s not the reason James is giving as to why she’s giving up on the chance at the governor’s mansion.

Instead, she says she simply needs to finish what she and her office have started. Per a report from the Post Millennial, James has “come to the conclusion that I must continue my work as attorney general. There are a number of important investigations and cases that are underway, and I intend to finish the job.”

And that leads us to reason number two.

One such investigation is the one she’s been trying to ruin former President Donald Trump with for years now. Since 2019, James has been looking into the Trump organization’s practices and real estate holdings, claiming that something fishy is going on, and she believes it is a case of civil fraud.

Now, to be clear, James was and still is heavily involved in a criminal investigation being run by Manhattan’s district attorney, Cyrus R. Vance Jr. But the civil fraud investigation is of her own design and making and completely separate from that of Vance’s.

According to the Washington Post, James believes fraud could have “permeated the Trump Organization,” and she means to get to the bottom of it.

In an effort to do just that, ABC News has reported that she’s requested Trump himself to sit for a deposition in early January.

But Trump and his lawyers are calling the whole process yet another “political witch hunt” by James and so they just might choose to fight the subpoena. According to The New York Times, one of Trump’s lawyers participated in an interview on Thursday saying that he would be asking for the judge to “quash the subpoena.”

According to Trump’s lawyers, the deposition request isn’t something they didn’t or couldn’t see coming. As the Times reported, Trump’s attorney Ronald P. Fischetti says, “This is what the A.G. has been doing, working hand in glove with the D.A.’s office” all along.

Already, hundreds of documents and records have been subpoenaed and handed over in the nearly three years since both the Vance and James investigations have begun. And yet, neither attorney seems to be any closer to finding anything even remotely damning enough to ruin either Trump himself or his businesses.

In the meantime, crime is skyrocketing in New York. Everything from petty theft and arson to full-fledged robberies and violent shootings in the city has increased – no doubt to their socialist mayor’s calls to support the defunding and limitation of police. And don’t even get me started on the rising problem of homelessness.

And yet, both the attorney general and the district attorney only seem to care about Donald Trump and some alleged fudging of numbers somewhere.

As was mentioned, a witch hunt…

Then again, some would say that James abdicating her run for governor, something she’s supposedly wanted for some time, means that she is, in fact, getting close. Perhaps, she thinks that finally taking down someone like Trump, one of America’s most controversial business and political minds, could give all the name cred she could ever want or need.

That is until something else comes along to ruffle her feathers.