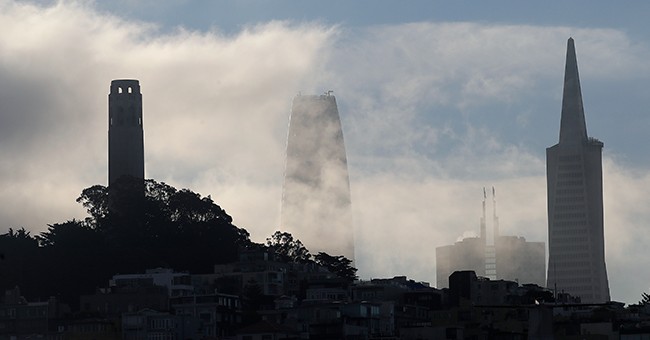 The news that, as of now, Nancy Pelosi is planning to seek re-election next year causes me, a San Francisco Bay Area native and resident, much sorrow and pain in my heart. It’s not that her remaining in office, as her keeping her seat in the House is assured, is concerning. When something is a given, best not to waste time brooding over it. No, what I lament is how her decision postpones the inevitable day when she won’t, or can’t, run again. The resulting battle royale among San Francisco Democrats to replace her in 2024 will make a fully loaded UFC card look like tea and crumpets at the Presidio Club. Name names? Sure.

Christine Pelosi — Out of Nancy Pelosi’s five children, the 55-year-old Christine is the one most likely to run for office. A lifelong political wonk, Christine Pelosi has all the inside party connections needed. But with no public office experience, will her party work and her last name be enough to win the primary? There is also the minor matter of her demonstrated inability to not mouth off on social media. But she is a Democrat, so the mouthier, the merrier.

Gavin Newsom — Remember, he was San Francisco’s mayor once upon a time. It’s a given Governor Hair Gel will run for re-election next year, although if the state keeps floundering under his, uh, “leadership” it is no guarantee he’ll win in November. If he does win, it’s well nigh impossible to envision him leaving the governorship for a House seat. However, should he lose, would he view a House seat as a proper returning point to higher political ambitions, or would he hold out until a Senate spot is available?

Scott Wiener — Currently a state senator, formerly a San Francisco Board of Supervisors member. Wiener is a progressive’s progressive. Openly gay, he has yet to meet a taxpayer-funded governmental-overreach social engineering project he doesn’t love. He would doubtless earn The Squad’s endorsement if he were to run, thus setting up some delicious in-fighting between establishment and outlier San Francisco politicos.

London Breed — San Francisco’s mayor. Breed’s preferred method of dealing with problems is not dealing with them. Given that whenever she tries to do something, the result is nothing, this is her best action plan. Whether Breed has sufficient political capital to gain establishment backing, especially if Christine Pelosi runs, is quite doubtful. However, if the younger Pelosi doesn’t run and Breed does, look for her to immediately gain favor, especially if Wiener is in the mix.

Willie Brown — Yes, he’s 87 years old. But what better way to cap a career as a California royalty maker than a final encore in Washington DC? Also, age is obviously no barrier in California politics (*coughdiannefeinsteincough*). Speaking of which …

Kamala Harris — This has a slew of ifs. If Joe Biden doesn’t run for re-election. Or, if he does run but picks a different running mate. Or, if Biden doesn’t run, but neither does Harris. Or, if Biden doesn’t run, Harris does, and crashes out early enough in the primaries to get on the California ballot for the House seat. Or, if Dianne Feinstein doesn’t change her mind about running for re-election in 2024 when she’ll be 94, for if she were to step away and Harris not be in the presidential mix, one suspects Harris would make a return to the Senate her priority.

It’s tempting to say none of this matters, for regardless of who eventually replaces Nancy Pelosi, the California 12st District seat holder will be on the opposite side of conservatives on every issue. True, but one can at least hope for some entertainment out of the other side of the aisle as players tussle for their desperately sought prize.