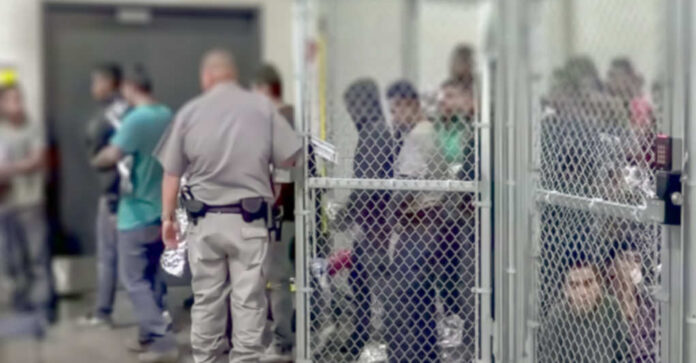 The president has chosen his side against the American people. He would rather stand with all of the illegals pouring over the border than protect the country from the onslaught of people destroying what America stands for. His open border beliefs have opened America up to terrorism and the COVID-19 virus. The old man cannot see through his dangerous ideology enough to make a stand for the country that has made it possible to earn the money he has.

But Biden is not the final authority on the illegal immigration problems. State leaders have the right to secure the state in which they serve. And that is precisely what Ron DeSantis is going to do for the state of Florida. The Floridian governor has announced that the state will fund the deportation of illegals found hiding in the Sunshine State. They are illegals, breaking immigration laws just by being in the country. They have no right to be living off the hard work of legal citizens.

DeSantis has shown that the new budget he wants for Florida will provide millions of dollars for law enforcement to round up and deport the illegals trying to live illegally in America. The governor announced that “In yesterday’s budget, I put in $8 million for us to be able to transport people here illegally out of the state of Florida. It’s somewhat tongue in cheek, but it is true, if you sent them to Delaware or Martha’s Vineyard or some of these places, that border would be secure the next day.”

The massive influx of illegals under Biden’s watch is alarming. The old man sits back and encourages illegals to make the trek north to the border. He encourages them to put their lives on the line. But what they do not understand is that life will not be a glamourous as Biden is leading them to believe.

Biden has been secretly flying and bussing illegals into the heartland of America. He has been doing it under the cloak of night because he is afraid to be caught breaking the law. The Daily Wire found that the Miami Herald is trying to make the case that the state will pay the money using interest from federal money. This way, the state is not using its own tax money to solve the federal government’s problem.

Ron DeSantis wants to work with the state legislature in combatting the president and his dangerous border policies. Joe Biden thinks he can dump illegals anywhere he wants in the country without even consulting the governors. He has wholly isolated himself from working with people because no one trusts him any longer.

Under the proposed bill, no one in the state will support illegals or help them move into a home. No agency will be permitted to hold a contract with a business known to be hauling illegals into the state. DeSantis wants the state of Florida to stand for the law and not break it like Joe Biden loves to do.

Local law enforcement will have to report to the state every time they have arrested an illegal. And there will be no benefits provided to any illegal alien living in the state. Every state and local agency will have to verify citizenship to provide services to anyone who applies for it.

DeSantis also stated that The Department of Children and Families will put out a new rule that “will prohibit the issuance or renewal of any license to provide services to unaccompanied alien minors who seek to be resettled in Florida unless there is a cooperative agreement between the state and federal government.”

Instead, the president would hold hands with America’s enemies that stand up and protect the country from outside harm. He has become an internal threat to the security and stability of the country. The only people standing between him and the country’s destruction are Republicans. They stand with the people and want to protect America.