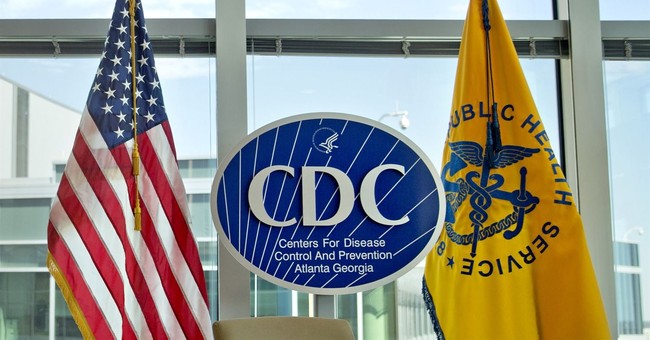 For months, I, and a few others across media, have been saying that the COVID data doesn’t match the hype. Despite the CDC stating that the vaccinated are significantly more protected against all of the COVID-19 variants including the latest, Omicron variant, the data regarding the vaccines and the ever-increasing list of variants shows that those vaccines are not as effective as they advertise. Citizens from every country around the world have begun to demand answers to this discrepancy, often met with a tyrannical response from their governments.

As the evidence of vaccine ineffectiveness begins to mount, the government, big pharma, and the media continue their assault on truth and facts, stating that data presented that shows that vaccines are not as effective as they suggest, is taken out of context or isn’t comprehensive enough. Instead of publishing the complete data, or perhaps showing those “incomplete” portrayals where they are lacking, the CDC and other agencies continue to just tell us to “follow the science,” or even in the case of Anthony Fauci, claim to be the science.

When Omicron made its debut in Southern Africa, the science community was quick to blame South Africa’s low vaccination rate, calling this “the variant of the unvaccinated.” Yet, when you look at the data it again disagrees with that assertion, as shown in this piece written on November 29th by yours truly. Even with the updated data, South Africa (with a 23.8 percent vaccination rate) has seen an over 1,100 percent increase in cases over the last two weeks. Now, should Omicron, the strain primarily responsible for the rise in cases, be “more deadly” than previous strains, there should have been a greater rise in the death rate, or in other words, an over 1,100 percent rise in deaths in that country. That isn’t the case, as COVID deaths in the country have had just an 8.63 percent rise over the last two weeks. Meanwhile, Portugal, with an 88.3 percent vaccination rate to date, has had a 46 percent rise in COVID cases, and a 50.63 percent increase in COVID deaths over the same period. France has had nearly 70 percent of their population fully vaccinated, but yet has had a 92 percent increase in their caseload, and a 100.9 percent increase in their deaths. Clearly, vaccines have nothing to do with new caseloads or deaths. South Africa’s large caseload likely is as a result of South Africa having dodged previous spikes in COVID numbers around the globe, however, with the significantly decreased severity of Omicron cases, they may have just lucked out again.

South Africa’s first cases of Omicron allegedly came from Botswana, however, each of the earliest identified cases was in people who were, again, fully vaccinated.

Sky News also had an article on November 30th, which shatters the “variant of the unvaccinated” narrative. The story follows two travelers from Hong Kong, who had traveled to South Africa, returning on November 12th to Hong Kong. Both passengers followed the extreme restrictions for traveling, including being fully vaccinated, mask-wearing the entirety of the trip, testings upon departure, testing upon return, and a mandatory quarantine upon their return. Both completed the first four requirements with ease, however, despite their vaccination status, mask-wearing, and double-negative tests, both patients tested positive during their mandatory 21-day quarantine. The vaccines didn’t stop it. The masks didn’t stop it. The testing didn’t catch it. In other words, Omicron, which clearly and inarguably is more transmissible, seems to completely dodge the vaccines yet despite this mountain of data showing this, governments across the globe continue to suggest that the best way you can avoid getting Omicron, is to be fully vaccinated.

On December 10th, Reuters reported some shocking information that definitely continues to break the narrative:

“The U.S. Centers for Disease Control and Prevention (CDC) said that of the 43 cases attributed to Omicron variant, 34 people had been fully vaccinated. Fourteen of them had also received a booster, although five of those cases occurred less than 14 days after the additional shot before full protection kicks in.”

This is where the narrative completely falls apart. If the vaccine was effective against Omicron, the data would show that a smaller percentage of the new cases were found in those who were vaccinated. This clearly shows that 79 percent of the identified cases are from the vaccinated, despite the fact that nearly 60 percent of the population is fully vaccinated. While I am not suggesting that the vaccine makes you more likely to be infected with Omicron, the case is made to suggest that the vaccines are not effective at all against the variant. Additionally, 32 percent of the identified cases had received the booster despite only 16 percent of the total population having received boosters. Even if you remove the cases in which the booster had not yet reached its full effectiveness, still 26 percent of the cases were from fully vaccinated and boosted people, despite them only representing 16 percent of the population. If you were simply equally likely to be infected with Omicron, regardless of vaccination status, the caseload breakdown by vaccination status should look virtually identical to the numbers of vaccinated and unvaccinated. It doesn’t.

Which brings me back to the point I have been consistently making: Why can government mandate something which doesn’t carry the benefits which it suggests it does? Not that I would ever be for mandating someone receive any substance into their body to which they are opposed, it would certainly be an easier sell to people if there were more benefits, less potentially deadly side effects, and longevity that matched that of natural immunity gained from the recovery of COVID-19 infection. That we can be required to be customers and consumers of any private business for any reason the government deems necessary is a total violation of our freedoms.

Neither government, big pharma, nor the media seem interested in even discussing the matter. Yet, here we are.