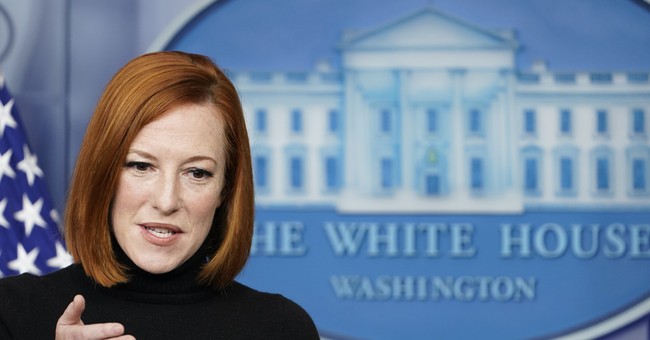 The CBO released its estimates for the Build Back Better bill’s cost if the provisions in the bill were made permanent. In other words, if they weren’t playing these tricks with the funding numbers to make the price seem more palatable to the American public and folks like Sen. Joe Manchin (D-WV) and Sen. Kyrsten Sinema (D-AZ). It would cost nearly $5 trillion and add $3 trillion to the nation’s debt if it remains in effect through 2031. So this concept that it doesn’t cost anything and is completely paid for is just fantasy.

Biden has also said that he’s committed to paying for any of those programs that are extended.

So today, Fox’s Peter Doocy asked White House Press Secretary Jen Psaki about the CBO score — he wanted to know which aspects were they planning not to fund into the future? Psaki’s response was something else, even for someone who spins nonsense constantly. She claimed that the CBO score was a “fake score.”

But it isn’t a fake score, it’s the real score if the programs are made permanent. But notice how she doesn’t want to answer Doocy’s question — she immediately tries to avoid the question of what programs are being made permanent. We know they are likely to be permanent because once a social program gets going, it’s very hard to cut it. She doesn’t want to say that or be honest about the very real number/cost because she wants to continue to sell the cost based on the limited numbers.

Not only wouldn’t she be honest about the future asks on any of those programs, but she then claims that this will cut the deficit and pay for the “$2 trillion tax cuts that Republicans didn’t pay for.” If anyone actually believes that, I have a bridge in Brooklyn to sell you.

The CBO had already said that the Build Back Better bill would add to the deficit.

Meanwhile, as the White House tries to call the CBO score “fake,” let’s remind them what Biden has said about the CBO in the past — when he referred to it as the “gold standard.”

Now, suddenly the White House wants to hit on the CBO’s numbers because it busts their lies and exposes the true cost.