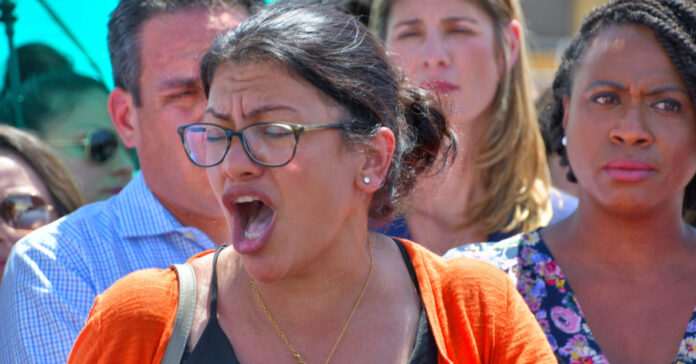 Rashida Tlaib rose to fame by being one of the liberal Squad members in the House of Representatives. She and her groupies, such as AOC and Ilhan Omar, are so far removed from reality that it is laughable. They get their feelings hurt about anything and everything – and then make demands that everyone bow down to them so that they feel better.

Tlaib has decided to turn her attention to student loan debt. Tuition is expensive, and she ended up with over $200,000 in debt. Now, each and every person who takes out a student loan knows how much debt they’re agreeing to. Particularly now, those who take out loans are well aware of the demands that will be made of them to pay those debts down.

Anyone who exclaims that they didn’t know how much it was going to cost is just not that bright.

Tlaib has never been the brightest bulb as her various political arguments can highlight. And now, she’s one of the ones screaming about how much debt she acquired.

She claims that she racked up over $200,000 in debt. That is a significant amount of money. She went to a state school for her bachelor’s degree. Then, she got her Juris Doctor degree from a state school. So, it’s not as if she went to an Ivy League school by any means. However, she passed the bar in 2007, allowing her to practice law.

Perhaps she didn’t obtain any scholarships. Perhaps she borrowed for her entire education, including dorms. Maybe that would account for the kind of student loan debt that she racked up. Yet, it also shows just how dim she really is.

After all, you don’t get into that kind of debt unless you think you can get out of it in a reasonable amount of time.

So, because she ended up with student loan debt, she wants to beg and cry to America that her tuition fees should be canceled. Mind you, she’s been in the House since 2019. That earns her a salary of $174,000 per year. Before that, she was in the Michigan House of Representatives, earning a salary of over $71,000. She could have easily paid off her tuition already.

Now, as a liberal, she feels that it’s her duty to fight for the right of all Americans to have their student loan debt forgiven. However, the epic mistake that she made as she stood on the House floor was to use herself as an example. She cried, “I worked full time, Monday through Friday, and took weekend classes to get my law degree. And still, close to $200,000 in debt. And I still owe over $70,000 and most of it was interest.”

Not everyone has student loan debt. Some people paid their debts. Other people never went to college and, instead, chose a blue-collar job.

That doesn’t matter to the liberals, though. They want you to simply accept their ideas of canceling student loan debt – and they’ll pass the billions of dollars off to the taxpayers like you and me. Isn’t that great? Because we took the smarter approach and didn’t get ourselves into significant debt, we get to pay off her debt…it doesn’t quite make sense.

If Tlaib is as smart as she pretends to be, she might want to listen to her constituents. Student loan debt doesn’t even make it into the top 20 concerns for Americans right now. Instead, she might want to pay attention to the economy that’s in a downward spiral or the illegal immigration problem at the southern border.