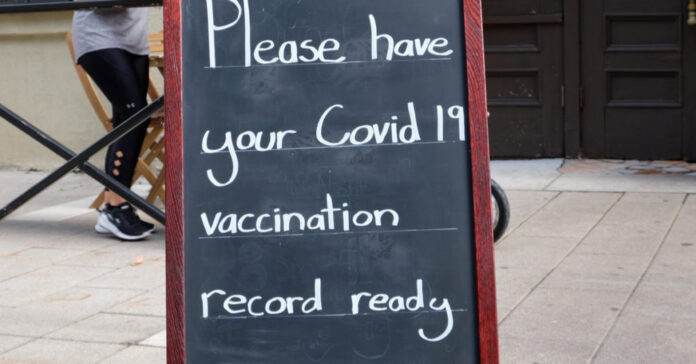 Joe Biden cannot seem to catch a break when it comes to his executive orders. The old man has tried to force people to do unconstitutional things by demanding that they obey him. His latest order for every American to vaccinate hit the wrong nerve with people because of how he has treated so many people since he stole the president’s office.

The nasty woman-smeller has had his days in court. Each time he issues a new illegal order, someone takes him to court and hands him a significant loss. The latest loss came from a federal judge in Louisiana who blocked the vaccine from being forced on healthcare workers. And it was not just at the state level that the judge blocked the mandate. Healthcare workers all over the country are free from having to comply with the mandate.

The Daily Wire reported on a piece from The Daily Advertiser. It noted that the “Louisiana Western District U.S. Judge Terry Doughty’s decision follows an identical ruling Monday from Missouri U.S. District Judge Matthew Schelp, but Schelp’s decision only covered 10 states. Doughty ruled on the lawsuit led by Republican Louisiana Attorney General Jeff Landry and joined by 13 other states, but Doughty added a nationwide injunction in his ruling.”

Biden is nothing more than a toothless dog trying to bark his way into power. Judges all over the country have removed the teeth from his order. And the very organization that was supposed to enforce the mandate has since suspended it themselves.

Judge Doughty was very forthright in his response to the unconstitutional act that Biden was committing. He stated that “If the separation of powers meant anything to the Constitutional framers, it meant that the three necessary ingredients to deprive a person of liberty or property – the power to make rules, to enforce them, and to judge their violations – could never fall into the same hands. If the executive branch is allowed to usurp the power of the legislative branch to make laws, two of the three powers conferred by our Constitution would be in the same hands. If human nature and history teach anything, it is that civil liberties face grave risks when governments proclaim indefinite states of emergency.”

The judge was also adamant that it is essential to keep the powers of the government separate as the Founding Fathers intended. The powers must stay separated from each other during times of crisis. The branches of the government need to work together. But so far, the president has pushed everyone away, so they are not willing to work with him.

Doughty was also clear that the rights of those choosing not to get vaccinated are also to be protected. It is not suitable for the president to segregate anyone based on their healthcare choices. People have the right to choose for themselves what is best for their lives. The decision to not vaccinate is something that is based on several issues. And it is not up to the president to take away the right to choose.

The judge’s injunction went nationwide because the healthcare organization is also nationwide. Several states were excluded from his injunction because they already have other injunctions in place. Biden is fighting a losing battle as it relates to forcing people what to do.

The president is supposed to be the one person who protects the people and upholds the Constitution. But Biden has violated his oath of office because he keeps trying to force people into a socialistic mindset.

The Louisiana Attorney General is Jeff Landry. And he was quick to point out that the fight was just beginning. Landry is committed to keeping the president from inflicting more pain and harm on people trying to keep up with the everchanging nonsense flowing out of the Oval Office. People have the right to choose, and anyone who seeks to take away that freedom will find themselves at the end of a losing court battle.