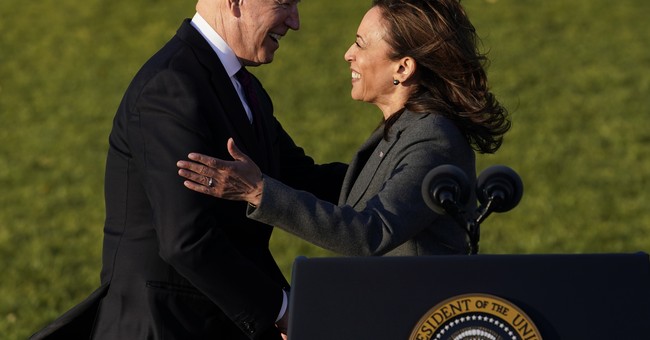 The relationship between a president and his vice president can be fraught. A vice president has two Constitutional duties, neither of which takes very much time. To while away those idle hours, vice presidents attend funerals of foreign dignitaries, and they lead bogus task forces to solve problems that may or may not exist. The president doesn’t want the vice president to have too high a profile because the vice-president is always a potential rival. There is also a question of personal chemistry between the two.

According to some sources, the most intimate pairings have been Carter-Mondale and Obama-Biden. But more frequently than not, there is a distance. Dan Quayle was on the ticket with GHW Bush to give it some sex appeal. Dick Cheney was paired with George Bush to give him gravitas.

Pence was, in my view, imposed on Trump so as to not terrify the GOP establishment. GHW Bush had been Ronald Reagan’s primary opponent, he coined the term “voodoo economics” to criticize Reagan’s economic plan, and there was never any visible warmth between the two. It has been rumored that Richard Nixon chose Gerald Ford to succeed Spiro Agnew because a) his confirmation would be possible in the political environment of Watergate and b) Nixon viewed Ford a dim enough that he thought the threat of a Gerald Ford presidency would save him from impeachment.

Joe Biden’s relationship with Kamala Harris has never been particularly close. A committee chose her. At that time, Biden had a memory, and he was torqued over being called a racist sympathizer by Harris in the Democrat debates.

The New York Times described the selection this way.

Mr. Biden’s instincts were not destined to lead him to Ms. Harris: He and members of his family had long expressed discomfort with the way she attacked him at a Democratic primary debate, and his political advisers remembered well the seemingly constant dysfunction of her presidential campaign.

There was a particular distrust in the Biden camp for the sharp-elbowed California operatives with whom Ms. Harris has long surrounded herself, fearing that they might seek to undermine Mr. Biden in office to clear the way for Ms. Harris in 2024.

Yet no other candidate scored as highly with Mr. Biden’s selection committee on so many of their core criteria for choosing a running mate, including her ability to help Mr. Biden win in November, her strength as a debater, her qualifications for governing and the racial diversity she would bring to the ticket. No other candidate seemed to match the political moment better.

“I think he came to the conclusion that he should pick a Black woman,” Mr. Reid said. “They are our most loyal voters and I think that the Black women of America deserved a Black vice-presidential candidate.”

Things got off to a rocky start when Joe Biden’s team tried to play pin-the-tail-on-the-donkey with responsibility for the Biden-created humanitarian and political disaster on our border with Mexico.

Biden Just Named a New Person In Charge of the Border, You’ll Know Her By The Sound of Her Cackle

WATCH: Kamala Harris’ Answer on Going to the Border Is So Bad Even NBC’s Lester Holt Calls Her Out

Kamala Harris Is Again Asked About Visiting the Border, Her Reaction This Time Might Be Her Worst

Kamala Harris Lets the World Know She Is Not Responsible for Managing the Border Crisis No Matter What Joe Biden Says.

She attempted to parlay a pretty simple management assignment into “foreign policy experience. That has resulted in a clown show of incompetence.

Her incompetence and continuous actions that seem calculated to diminish Biden and position herself for a White House run have worn thin. Someone in the White House has started leaking stories about Harris’s insecurity, petulance, and lack of intellectual firepower, as well as her crappy personality (The Long Knives Come out for Kamala Harris as Her Vice Presidency Continues to Collapse). Joe Biden seems dismissive of her at public events, for instance, High Drama at D.C. Soup Kitchen as Joe Biden Appears to Snub Kamala. We may have hit Peak Picque today at the official lying in state of former Kansas Senator Bob Dole.

Joe Biden Refuses to acknowledge Kamala as he walks right past her in US Capitol. Then Joe asks Jill to SWITCH SEATS so he won’t be close to VP. Neither make eye contact as Joe looks AT THE CEILING and Kamala looks at the floor.

is exactly what happens. Joe finds himself standing next to Kamala, he whispers to Frou Doktor Professor Jill, and they switch spots. Then comes the uncomfortable staring around the room and up at the ceiling.

On one level, this is amusing. Biden’s staff and Harris staff are nearly at the point of drawn knives. Biden probably doesn’t trust Harris and doesn’t want to be seen with her. She already knows she will not win the 2024 Democrat nomination by acclamation. But, on the other hand, we have a demented knucklehead in the Oval Office. We have a vice president who is little more than a…well…social climber…that’s it, a social climber and has little to no interest in her duties. If there was ever a time we needed a president and vice president in sync, it is now. Moreover, we face challenges from China, Russia, Iran, and basically anyone else who can perceive our weakness. Things will only get worse.