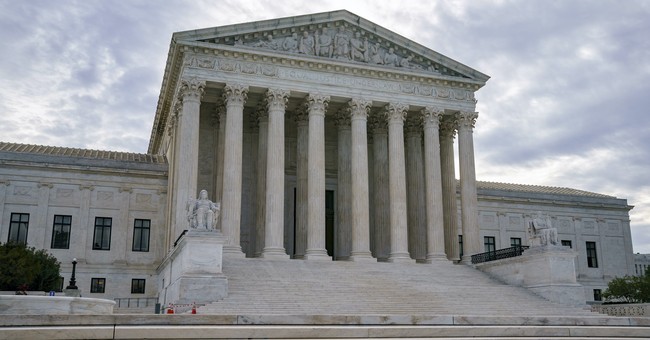 Well, this didn’t go the way the left wanted. But it probably went how everyone expected.

The Democrats’ effort to pack the Supreme Court appears to have gone down in a fiery inferno and has been reduced to ashes. The bipartisan commission appointed by President Joe Biden to look into possible changes to the federal judiciary approved a final report that noted “profound disagreement” among its members over whether expanding the Supreme Court is an appropriate course of action.

By a vote of 34 to 0, the commission approved a 288-page report that offered a critical appraisal of arguments for and against that and many other ideas for changes to the Supreme Court, including imposing 18-year term limits on justices and reducing their power to strike down acts of Congress.

But the group did not offer specific recommendations. That result was in line with the mandate given to the commission by Mr. Biden, but also underscored the lack of consensus and suggested that the report might do little in the short run to drive any particular ideas for change.

The report acknowledged that those involved had stark differences when it come to the disposition of the Supreme Court. Given that the commission was so divided, it does not appear likely that it will spark any real action to alter the makeup of the federal judiciary. The report said:

Given the size and nature of the commission and the complexity of the issues addressed, individual members of the commission would have written the report with different emphases and approaches. But the commission submits this report today in the belief that it represents a fair and constructive treatment of the complex and often highly controversial issues it was charged with examining.

The report comes amid the left’s mass freakout about important cases that are being heard by the court, which now has a conservative majority thanks to former President Donald Trump. The court is considering what could be a landmark win for gun rights in America and an important abortion law that could have ramifications for Roe v. Wade.

Calls for court-packing began in earnest late last year, when Trump appointed Justice Amy Coney Barrett after the passing of Ruth Bader Ginsburg. The left realized they could no longer use the highest court in the land to legislate their agenda from the bench and sought ways to regain an edge on the court.

Those maneuvers cemented a 6-to-3 conservative majority on the Supreme Court even though Democrats have won the popular vote in seven of the last eight presidential elections. That outcome, along with Supreme Court rulings permitting greater restrictions on voting, led some liberals to propose that Democrats should expand the number of justices to rebalance the court.

During the 2020 campaign, Biden was repeatedly asked if he would support expanding the Supreme Court to give Democrats an advantage. He rebuffed the idea but agreed to appoint this commission. Secretary of State Antony Blinken has also spoken out against packing the court, calling the idea “anti-democratic.”

Biden likely appointed the commission to avoid having to deal with the issue and to deflect criticism from progressives, who desperately wish to add their own justices to the court. During the final weeks of the campaign, he vowed to appoint the commission after taking office. “In that sense, the commission has already achieved its main political function: enabling him to get past the election without taking a polarizing stand for or against the idea,” according to the New York Times.

It appears Biden got what he wanted. He made it appear as if he were trying to do something about the Democrats’ Supreme Court problem when, in reality, he was ensuring that the makeup of the judiciary would remain the same for the time being. Of course, this does not mean the progressive faction of the party will stop trying to bend the court to their will. But with the Democrats’ facing major losses, it will likely be a long time before this debate is on the national stage again.