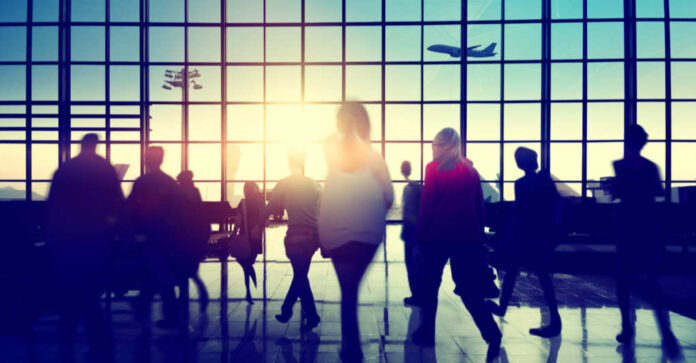 The holidays are historically one of the busiest times of year for travelers, and  a passenger at Hartsfield-Jackson International Airport in Atlanta gave everyone a crash course on firearms laws. These blocks of instruction are ones nobody ever likes going through, most of all in an airport. However, for this man, there was no time like the present.

While going through the Transportation Security Agency (TSA)’s screening check to get into the ticketed area of the airport, scanners detected a firearm in his bag. Upon notification of the gun being discovered, they requested the man to wait back, and be patient. This man instead chose to take the exact polar opposite route and lunged for the firearm.

As expected, a struggle ensued, and the man and an undetermined number of agents tussled as he tried to retrieve the firearm. This caused the firearm to discharge, leaving three people in total injured, but there was no determination as to how severe their injuries were or how they were caused. This is training that isn’t expected, and their reaction wasn’t exactly ideal.

You would think given how long the ‘no firearms’ policies have been in use, you would have expected this common-sense law being ignored would have resulted in a more extreme response from the TSA agents. Perhaps an immediate handcuffing, and clearing of the area? With all the commotion the passenger was able to flee the airport.

One thing that did go well was the total response time for the TSA of Atlanta. Within 2 hours security checkpoints were reopened, and the airport was keeping their passengers informed of the situation from the start of it.” There is not an active shooter. There was an accidental discharge at the Airport. There is no danger to passengers or employees.” This kind of transparency and openness goes far with customers from all walks of life.

As more and more people are ready to get back to living their lives, this ignorant action can make people rethink the idea of taking to the friendly skies again. With how hard people pushed to get air travel back, and the hard work of the airline industry’s employees it is imperative that the people take the ability to fly the friendly skies seriously. While there has been an uptick in people behaving badly on planes, there is no need to arm yourself for the red-eye from LA to NYC.

We have air marshals for a reason, and they are trained to deal with those threats appropriately, and should the need arise they are trained in those high tension shot situations. Please don’t go trying to take that .45 on the plane, and if you do check it incorrectly, and have the proper cases and locks. Give yourself some extra time too as many gate agents aren’t fully familiar with the policies. A copy of the airline and FAA policies on your phone can be incredibly useful in explaining things like non-FAA-approved locks.

These kinds of incidents are thankfully not as common as the anti-gun community would have you believe. While improperly stored and transported firearms are somewhat commonly found, people checking a firearm with one in the pipe (fully locked and loaded) is not common. Certainly, negligent discharges are not common either.