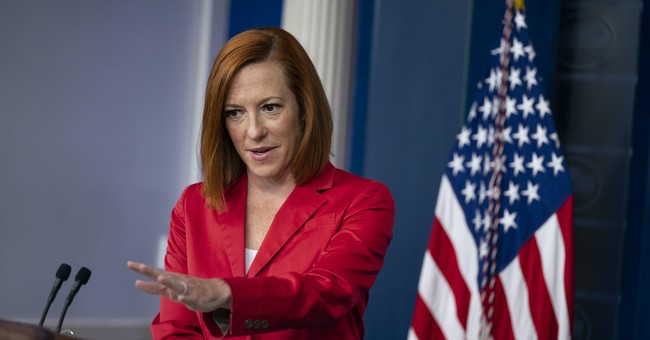 If there is anything the White House has wanted to avoid for the last 11 months, it has been addressing the scandal behind Hunter Biden’s laptop. As you may remember, Hunter Biden’s laptop fell into the hands of a repairman, who had been brought the device by the younger Biden. The laptop and its contents have found their way into the hands of right-wing personalities as well as federal investigators. Much of the contents included questionable photos of the President’s son, engaging in activity that is unbecoming of the progeny of the most powerful man in the world, from drug use to sexual activity with prostitutes.

Nevermind that the left had constantly harped against Trump’s kids, suggesting any time that the Trump’s had a spike of energy, they were using cocaine, or that any list of normal foreign business conducted by a multi-national firm like the Trump Organization, was the manifestation of their fears of selling the influence of their President-father. Hunter’s provable attempts to sell his father’s influence as Vice President earned the otherwise unemployable wreck of a man, multi-million and multi-billion dollar contracts for which he was woefully and completely unqualified. Even back until last October, now RedState Managing Editor Jennifer Van Laar and I wrote numerous pieces in which we detailed the times which Hunter Biden abused his father’s influence to engage in business in China that enriched him, yet our factual and sourced pieces were labeled as “pizzagate conspiracy” by people within the lame-stream media.

Yesterday, during a White House Press Conference, Jen Psaki fielded a question from a reporter, on whom she immediately regretted calling.

“Thanks, Jen. The Biden Administration put out a big report about addressing corruption. I wanted to ask you two quick and hopefully pretty easy questions about that. Shortly after Biden’s virtual meeting with the Chinese President, the First Son’s attorney said that he has finally divested from a Chinese investment fund, controlled by state-owned entities. I was hoping you could commit to basic transparency about that transaction including the name of the buyer, the dollar amount, and the timing? And my second question my colleague Miranda Divine has a new book out called The Laptop From Hell, and I was hoping you could confirm that the laptop is indeed authentic and not Russian disinformation as you seemed to suggest on Twitter last year.”

Oh dang. But it was Psaki’s response that showed next-level tone-deafness.

“Well, uh, on the first, the President’s son is not an employee of the federal government, so I point you to his representatives and as it relates to the book, I’ve neither had the time nor interest in exploring or reading the book.”

When the reporter, obviously dissatisfied with the half-assed attempt to deflect from his question, attempted to pry an actual answer from Psaki, she responded by waving her pen like it was a weapon and using snotty condescension.

“I think I answered your question….”

No, you didn’t. Are you committed to transparency in disclosing the details of the transaction? Are you willing to admit the authenticity of the laptop? Neither of those questions requires consulting with Hunter’s attorneys, who clearly aren’t required to disclose private transaction details (though the press would have collectively demanded the same had the name been “Donald Trump Jr.”). In fact, committing to transparency for the business the President’s son was literally doing with the Chinese Government is, to many, a very important issue. Of course, Psaki knows that none of the answers to those transparency questions would ever bode well for the Biden Administration.

Even more frustrating was the question about the laptop, because all he asked her to do was admit she was wrong about it being Russian disinformation. Psaki, flat out refusing to respond shows she knows, and likely knew then, that it was never Russian disinformation. For her to state so at the time was a lie and one that was used to weaponize any reporting on the laptop or about Hunter’s business dealings, as misinformation. Psaki doesn’t belong anywhere near that podium, let alone in that building. To have her conducting a role that has to deal with the informing of the American people is a travesty.