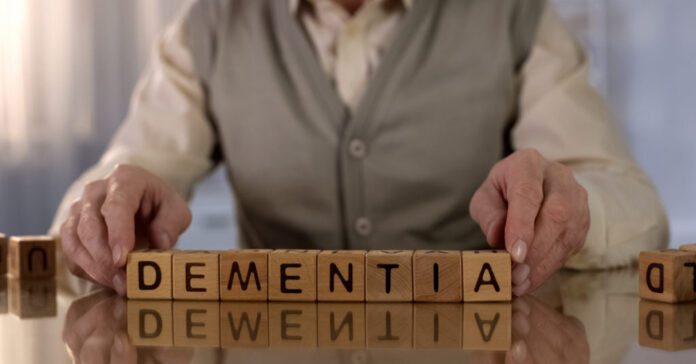 Let’s be honest, here. Hunter Biden isn’t a very good son. He isn’t even a very good human being, really. He has used his father’s political position to get as much as possible while doing as little as possible.

He spent the better half of a decade surrounding himself with cocaine and hookers. And now, we’re supposed to believe that he’s one of the best artists in the world. After all, how else would you explain the ridiculous prices he’s charging for art? We can’t accuse him of money laundering or doing anything else illegal. We’re talking about the president’s son.

Now, it seems that he’s been getting a bit chatty about an issue that we’ve all at least suspected: dad’s dementia.

There might be a very good reason why the medical doctors of the White House aren’t testing Biden’s mental acuity: they already know that it’s declining. The problem is that as soon as you actually conduct the test, you have to share the results. And once the results are shared, Biden is sure to get the boot.

You can leave a president in office who is suspected of dementia. However, the moment that it is confirmed, he has to be removed. Otherwise, it’s just asking for problems.

Hunter Biden’s laptop has uncovered a number of treasures for us to feed upon. However, there’s one nugget that is particularly important, especially when you realize that polls show that over half of Americans think that President Biden is not mentally stable enough to be in the Oval Office.

There are texts between Hunter and his therapist/friend Dr. Keith Ablow that were found on the laptop. They took place in January 2019 and are mocking the dementia that Joe clearly has.

Ablow apparently made the joke when the two were discussing presidential candidates and said that Joe Biden is the answer, followed up with the comment “any man who can triumph over dementia is a giant. Think what he could do for our nation’s needed recovery.”

Hunter Biden responded with what basically equated to an LOL.

The two even joked that Joe didn’t even need to remember his address since the Secret Service agents help with that.

Ablow and Hunter mocked Joe Biden relentlessly between the text exchanges. Ablow even asked if his dad is capable of recalling details with the “dementia and all.”

Hunter’s response was less than settling, explaining that he can’t remember much “but since its all fake news anyway I don’t see the problem.”

At what point do we raise our hands and demand that a cognitive test be issued?

We’ve all seen the mental decline. We’ve heard Obama’s doctor identify that there are concerns. And we have actual text exchanges between Hunter and his friend specifically calling Joe Biden out for having dementia.

This is not just some random politician in office who is struggling publicly with dementia and a significant mental decline. This is the President of the United States of America.

While Hunter may be able to make jokes about it, this really is no laughing matter. We have to get Joe Biden out of office before he does anything else that will destroy the country.