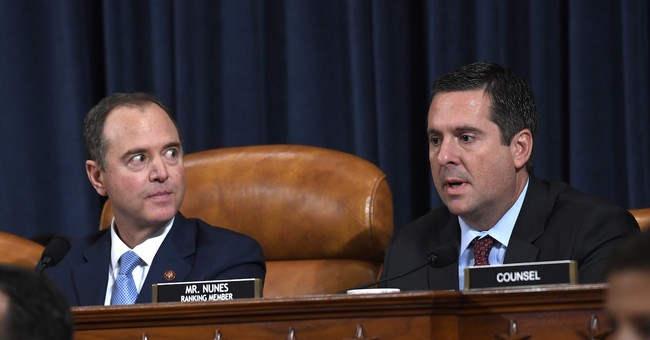 A bit of surprising news dropped this afternoon regarding the resignation of a member of Congress.

Initially, vague reports about a member from California “retiring” had people speculating Democrat Rep. Maxine Waters was going to call it quits. As it turns out, though, Devin Nunes (R-CA) is resigning and should be out of office by January.

Nunes was instrumental in exposing the Trump-Russia hoax, seemingly standing alone at times as other Republican Congressional members ran for the hills, unwilling to ask the tough questions. Some (formerly) on the right maligned his pursuit, with David French infamously calling for him to resign in what has now been shown to be another wrong-headed show of weakness. But while most of the GOP rushed to surrender the argument as always, Nunes pressed on.

In the end, the California Congressman was able to uncover the FISA abuse that targeted Carter Page, confirming long-standing suspicions that ultimately led to the investigation John Durham continues today. History has also shown that Nune’s memo on Trump-Russia was far more accurate than the memo that Democrat Rep. Adam Schiff put out.

So where is Nunes headed? He is slated to become the CEO of Donald Trump’s new media company, a job that will surely pay a lot better. And while some may try to use his move as a way to denigrate his past work, the facts speak for themselves. Devin Nunes was right about the Trump-Russia hoax, and no amount of blather can take that away from him.

Republicans should take heed whether they personally liked Nunes or not. GOP voters want representatives who are not fearful of tearing down Democrat narratives. Often times that means not caring what MSNBC thinks, and if the truth is on your side, validation will come.