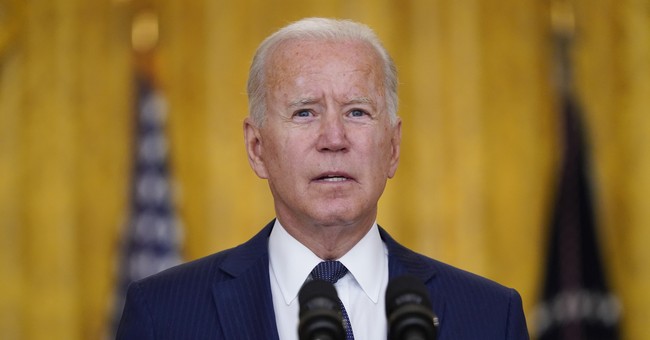 The White House announced a “diplomatic boycott” today on the Winter Olympics and the Paralympics being held in China in 2022.

“The Biden Administration will not send any diplomatic or official representation to the Beijing 2022 Winter Olympics and Paralympic games, given the PRC’s ongoing genocide and crimes against humanity in Xinjiang and other human rights abuses,” White House press secretary Jen Psaki declared. “The athletes on team USA have our full support. We will be behind them, 100 percent, as we cheer them on from home. We will not be contributing to the fanfare of the games.”

So, the White House roughly made a statement that has the equivalent value of the “strongly worded letter.” It means effectively nothing.

Did the White House consider pulling all the U.S. athletes from the Games and making a real statement, Psaki was asked?

Sorry, we’re upset with the human rights abuses but we’re not going to take a serious step to isolate China, Psaki says. So much for the human rights abuses. If you ask today, how did the concentration camps go on under the Germans while some in the world knew and did nothing, it’s because of cowardly decisions like this.

Either you take what they are doing seriously and go all in, or you do not. It isn’t just the concentration camps, the oppression of the Uyghurs and the folks in Hong Kong, and China’s threatening behavior toward Taiwan. At what point is the Biden Administration going to take seriously what they did regarding the Wuhan coronavirus? The lies and the cover-up? While the Biden Administration is folding like a cheap suit to China, China is increasing its control around the world and already has a tremendous hold over actions in this country.

So what was China’s response to the Biden weak-kneed pronouncement? Here’s the shot from the state-affiliated media arm, the Global Times.

“To be honest, Chinese are relieved to hear the news, because the fewer US officials come, the fewer viruses will be brought in,” the Global Times said, mocking the Biden announcement.

The utter irony of that comment after what they did to the world. But they haven’t been held to account for anything and they know they won’t be by Joe Biden. So they know that they can make such a snotty comment and get no response from the Biden team and no consequences. They’ve mocked Biden before, including on his disastrous pull-out from Afghanistan, saying that Taiwan could not count on America being an ally if needed.

In general, I’m not a fan of Olympic boycotts exactly because it hurts the people who have been training their whole lives to compete and it isn’t supposed to be about politics.

But we’re at a point with China where it’s time for the rubber to meet the road if we ever hope to hold them to account. We need to start cutting the holds that China has over us in media and supplies. We need to isolate them. Only then do we have the possibility of a change in behavior — if it isn’t already too late. But more important than getting a change from them, we need a change from folks here to stop being controlled by Chinese influence.

Unfortunately, that’s not just a problem with the Biden administration; that’s a problem across a lot of industries in this country, including the media.