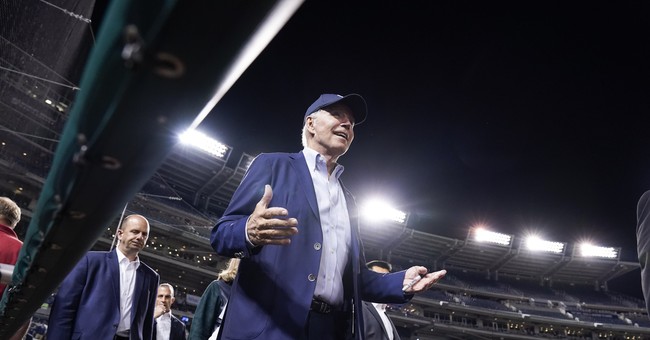 The writing has been on the wall for D.C. Democrats for quite some time now as Joe Biden’s poll numbers continue to tank, Kamala Harris’s woes get worse, and the Democrat infighting on Capitol Hill rages on with no end in sight.

But it would appear that right here in the midst of the Thanksgiving/Christmas holiday season, some Democrats in Washington, D.C. have done some soul-searching and are finally grasping the reality of the dire situation their party is in and what that could mean for their chances for success in the 2022 midterm elections.

With the appropriately headlined “Dems plot escape from Biden’s poll woes,” Politico reports that the scramble is on for some Democrats to either distance themselves from Biden or to hope and pray his poll numbers get better in time for November 2022 as reality finally sets in:

Even the party’s own polling has the president in the red. A poll from House Democrats’ campaign arm earlier this month showed the president down in battleground districts across the country, with 52 percent of voters disapproving of the job he’s doing, according to three party members briefed on the data.

Of course, the election is 11 months away, an eternity in politics. Democrats say once they finally clinch their full agenda, Biden will recover and so too will their prospects for keeping their slim majorities. But there’s plenty of handwringing about where Biden stands. Senate Majority Whip Dick Durbin (D-Ill.), for one, said Biden’s recent numbers are “scary.”

Still, some fret that even if they do pass Biden’s marquee agenda item — the $1.7 trillion climate and social policy bill — it won’t bring the big bump at the polls that Democrats are hoping for.

House and Senate Dems can fret over Biden all they want to, but they are to blame as well for the disarray the party is currently experiencing. While it’s true that midterm elections are historically a referendum of sorts on how the current Oval Office occupant is doing, lawmakers in that president’s party can survive provided they can show they’ve been effective, have fulfilled their campaign promises, and have helped put America on a good path.

As I’ve said before, unless we see some dramatic shift for the better on the economy and related kitchen table issues, which are at the heart of what most people think about come election time, there’s a strong likelihood that the slim majority Biden has enjoyed in the House and the razor-thin one he has in the Senate will be history. As my colleague, Bonchie once predicted, “A red wave was already probable, but it’s quickly reaching imminent territory.”

Voters are signaling they’ve had enough not just of Joe Biden but also of the legislators in his party who have continued to push for job-crushing workplace vaccine mandates and who have stood toe to toe with him in other areas that have hurt the American worker and caused gas and food prices to rise, and with the employment situation being as such that it’s making the supply chain crisis even worse as people prepare to celebrate Christmas with their families.

Whether they vote that way in a year remains to be seen. But considering how Biden and his fellow Democrats think going in the same direction will eventually put America back on the right track, I’m cautiously optimistic that voters will respond accordingly at the ballot box next year, just as they did in Virginia last month.