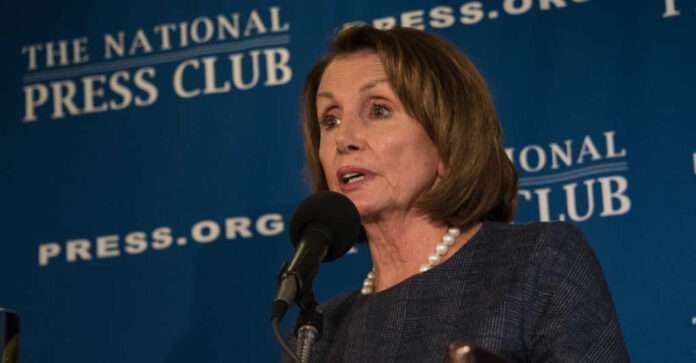 House Minority Leader Kevin McCarthy (R-CA) no easy task standing up to the majority Democrats who have a chokehold on the House of Representatives. However, he did something that earned his paycheck just days ago when House Republicans were faced with a Democrat majority that was bent on passing an objectionable White House-backed plan that could be devastating to the American economy.

Having the majority in both the House and the Senate gives Democrats an incredible advantage, to the point that unless some Democrats can be won over to the right, Republicans have little to no hope of their agenda) or even slowing the liberal agenda, happening for them.

But that didn’t deter McCarthy who was determined to put down the Biden administration’s massive Build Back Better plan. So, McCarthy essentially held the entire House hostage, enacting the controversial filibuster. And boy was it an epic monolog, delivered by one of the rare conservatives from the Sunshine State who has clearly had to make his way through a liberal wasteland more than once.

According to a report in Breitbart News, McCarthy yielded the floor on Friday morning, shortly after 5 a.m. after speaking for a record eight hours and forty-two minutes:

“My one minute is almost up,” McCarthy joked at 5:04 a.m., in a glib reference to the one minute that House members were initially given to state their opinions on Thursday evening. The 8 plus hour speech set a new standard in the House which was previously held by an eight-hour, seven-minute address by Speaker of the House Nancy Pelosi (D-CA) in 2018 which supported giving permanent benefits to minors who entered the country illegally, giving the Delayed Action for Childhood Arrivals program a more permanent positive light.

However, unlike Pelosi, McCarthy went through the night, though as far as stamina goes, it’s worth noting that McCarthy didn’t make his multi-hour speech in four-inch high heels.

“Throughout the early part of his address, McCarthy was heckled and interrupted by irate Democrats, but the Republican temporarily on duty in the chair refused to tell him to stop, and repeatedly gaveled the House into order as he spoke,” Breitbart reported.

Democrats eventually surrendered to McCarthy and adjourned the session until Friday at 8 a.m. leaving Republicans to continue. But unlike the Senate, there is no “filibuster rule” in the House that suspends a vote as long as one member continues speaking, but McCarthy just refused to stop.

In his lengthy address about the bill, McCarthy broke it down, detailing why he, and others, have problems with the bill that favors special interest groups, hikes taxes on the middle class and provides tax cuts for some of the wealthiest in high-tax, Democrat-run states. The Republican leader also said in his aggressively timed comments that the bill with a massive price tag also doesn’t spend money on border security, or on expanding the United States efforts to increase energy production.

While the bill allocates more than a trillion dollars for a number of things, it doesn’t increase spending on border security, and even when Republicans attempted to compromise and put in an amendment that would stop funding from going to the Chinese Communist Party, Democrats shut it down. McCarthy’s substantial showing was backed by other Republican members who sat behind him as cameras rolled, making a unified front for C-SPAN cameras, which continued to roll overnight.

Near the end of the speech, which he called the “longest minute ever given in this body,” McCarthy called Build Back Better a “tipping point,” saying that the bill which adds $750 billion to the deficit in the first five years (according to the Congressional Budget Office), is a monumental step toward socialism that cannot be undone.