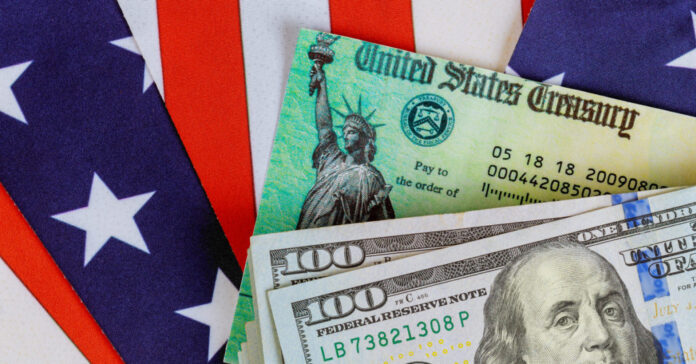 The left loves giving money away. They know how many votes they buy through this legal loophole. Why not buy them in bulk and make the process easier? That’s the goal behind Biden’s plans for the illegal immigrants who came here while Trump was in office. His goal to give citizenship to these people along with a $450,000 check is not only insulting, but it is also downright disrespectful.

These checks and citizenship guarantee at least one full generation of Democrat voters if he pulls this off. The funny part about it is how he ignores that Trump was just keeping an Obama policy going (but you aren’t ready to talk about that yet, Joe). While all of this is bad enough, his idea that this is going to make the world a better place is nothing more than immoral and insulting to every American to walk this great land.

Thankfully, CBS News/YouGov took a poll to see how Americans felt about the subject. Unsurprisingly, they found that 63 percent of American adults are opposed to providing $450,000 to border crossers. This includes 40% of self-identified Biden supporters, 64% of swing voters, and 92% of Republicans surveyed.

As Breitbart has pointed out, $450,000 is more than the families of victims of 9/11, Islamic terror attacks, the Boston Marathon bombing, and others were compensated with. This figure is also close to on par with the maximum allowable payment to the family of a service member who is killed in action while defending our freedom.

Americans oppose his immigration policies, we oppose his payments, we oppose his handling of the economy, we oppose nearly everything about this man. Yet nobody has found a way to impeach this man or get him truly evaluated by a non-biased doctor for dementia or other mental health problems. This is a problem that is slowly choking our country and causing further and further division amongst people and is looking to pit neighbor against neighbor in the near future.

If we don’t do something about it, we are going to be up to our eyeballs in illegal immigrant payout debts as well as illegal immigrants. We all know how horrible a job they have done keeping track of them, how bad a job they did of taking down their information while documenting their ‘discovery,’ and how many just slipped through the cracks. What’s to stop tens of thousands of them from claiming they were caught and released, and have no proof of it? What could we do to refute it?

For now, call your Congressmen. Call your state reps. Tell them enough is enough. Biden doesn’t need to be giving away citizenship or buying votes. That’s all this program was designed for, and that’s all it will do. He can’t stay in office on the backs of people who shouldn’t be here in the first place. Make it right and send them home. They can come here the right way, it’s how it was intended, and how it needs to be done. No more excuses, and no more problems about how bad it is where they were. Maybe if they stayed and fixed it, we wouldn’t have their problems?