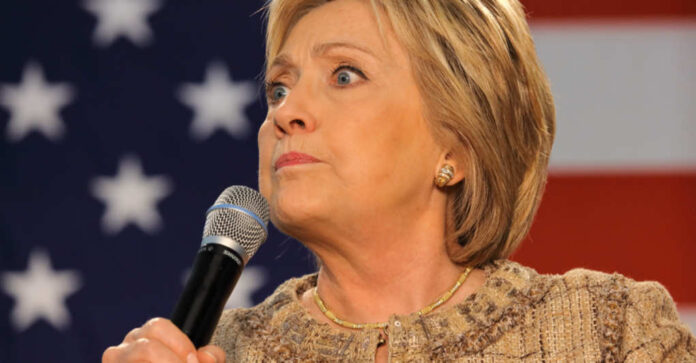 This is for all you “deplorable” people out there…Hillary Clinton is at it again! The failed Democratic candidate described the American voter as gullible in a recent interview with Rachel Maddow in MSNBC. She said that they failed to appreciate the so-called “extraordinary accomplishments” of President Joe Biden’s administration.

Hillary spoke with Maddow saying that people in the Republican Party just wanted power to impose their views. The GOP just wants power to exploit their financial advantage, and power to implement their religious point of view.

Hillary actually said, “You know, a lot of people got, oh, I think kind of frustrated looking at the messy process of legislation, and they — they didn’t really appreciate that within a year, the Biden administration has passed two major pieces of legislation through both the House and the Senate. They passed another major piece through the House that will soon be in the Senate.” She also noted that “by any measure,” those actions are extraordinary accomplishments. She believes that they will really help millions of Americans with health care and prescription drug prices. And she also believes these actions will deal with climate change and much more.

Clinton went further and focused on the typical American voter, “But because of the way we are getting our information today and because of the lack of gatekeepers and people who have a historic perspective, who can help us understand what we are seeing, there is a real vulnerability in the electorate to the kind of demagoguery and disinformation that, unfortunately, the other side is really good at exploiting.”

Maddow also opened the door for Hillary to speak about the January 6th attack in Washington D.C. The MSNBC host said that she reread a piece Clinton wrote for The Washington Post that indicated that many people were not surprised by what had occurred the week before, especially people of color. She said they were used to violent mobs waving Confederate flags and hanging nooses, that it was a familiar sight in American history.

Maddow said that she has been thinking a lot lately about how the political right is discrediting the political system and encouraging or excusing political violence. She said that combing a message from the right that politics don’t work and that violence is okay is a “recipe for political disaster…a recipe for the end of democracy.”

Clinton called for a greater understanding within our pluralistic country so that we are more sensitive and empathetic toward each other, especially minority groups. She harkened back to former leaders who have risen to the occasion and inspired the country.

Then she went for the jugular saying that what we have seen recently has been “turbo-charged by the combination of demagogues, social media that is more interested, frankly, in profitability than the rule of law or unity, that feeds disinformation in a way that strips people to the core of their insecurities and their fears.”

Clinton railed against the way we are getting our information today and said we have a lack of gatekeepers. These are people who have a historic perspective and can help us understand what we are experiencing. She said there is a “real vulnerability in the electorate to the kind of demagoguery and disinformation that, unfortunately, the other side is really good at exploiting.”

So once again, it is not the politicians who are the problem. It is the “deplorable” who are just so vulnerable intellectually. They fall prey to demagoguery and get consumed by evil politicians on the right who only want to gain more and more power.

She still just doesn’t get it.