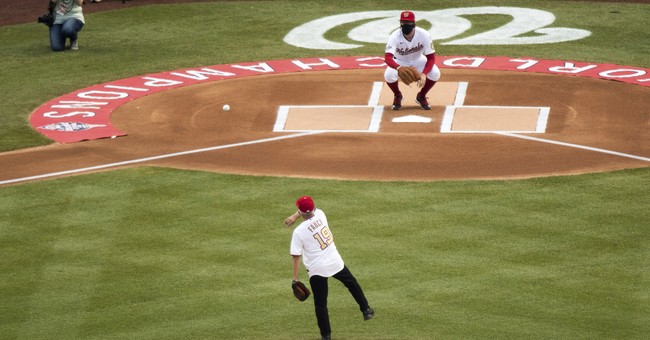 2020 just stunk for a variety of reasons, with the Wuhan virus pandemic being right there at the top of the list.

Along with the tragic deaths brought about by COVID and the millions more cases suffered among those who thankfully survived it came the dictatorial lockdown mandates in Democrat-run cities and states, as well as the mask shaming from our intellectual (not to mention wildly hypocritical) betters in the mainstream media and on the left who thought they were the ultimate authority when it came to how best to run other people’s lives. As it turns out, they were the ultimate authority in one aspect – on how to ruin people’s lives.

Related to the COVID outbreak and all the political games that unfortunately came with it was the deliberate undermining of Trump-touted treatments for the virus, like hydroxychloroquine and then the vaccine in the months prior to it becoming available.

There was also the mass hysteria from The Usual Suspects over Trump’s repeated use of the term “China virus” to accurately describe the origins of COVID-19. Similarly, pearls were routinely clutched in the same circles any time a Republican uttered any variance of the term, like “Wuhan virus,” “Wuhan coronavirus,” and the like. When there was an alleged spike in anti-Asian hate crimes last year, Trump’s critics naturally blamed him and other Republicans for emphasizing the fact that the virus originated in Wuhan, China, because apparently he wasn’t supposed to remind people of that important detail.

With all of that in mind, it might surprise some folks – or maybe not surprise them at all – to hear how President Biden’s chief medical adviser Anthony Fauci, who was also a key member of Trump’s coronavirus task force last year (although the two frequently disagreed) referred to the original strain of the COVID virus during Fox Business interview earlier today:

Shocking! I mean we’ve all been reliably informed how referencing “Wuhan” or “China” as it relates to the coronavirus is “racist” and “xenophobic.” I mean then-Democratic presidential candidate Joe Biden told us so many times last year:

Earlier this week during a Tuesday White House press briefing involving Fauci and other members of Biden’s COVID response team, Fauci also used the term “Wuhan strain” to make a similar point to the one he made in the Fox Business interview:

DR. FAUCI: You know, that’s an excellent question. So, let me explain. The vaccines that we use are directed against the original, what we call, “ancestral strain” or the “Wuhan strain.” So, you get a certain level of antibodies that are specific against that strain. Then we had the evolution of variants, including, for example, the very problematic Delta variant.

Anyone wondering why we haven’t heard the normally predictable howls of outrage from the usual corners in response to Fauci’s repeated use of the term “Wuhan strain” this week only needs to remember that much of what we’ve been told by the press and on the left over the last 18 months has been part of a vast political theater that was designed to benefit one side politically.

Like it was with the “xenophobic” travel bans, the “I don’t trust this vaccine under Trump” comments, the “you’re a murderer if you don’t wear a mask” attitudes displayed by Democrats and the media last year, it’s ok if you implement travel bans and go around maskless as long as you’re a Democrat like St. Fauci or Joe Biden. That goes double for anyone on the left who calls the original strain of COVID-19 the “Wuhan strain.”

Anyone in the media who is still left wondering why most conservatives and independent-minded people often ignore the “guidance” news outlets put forth needs to look no further than the blatant double standards that were on prominent display during the height of the pandemic in this country. At a certain point, people just get fed up with it. And I can’t say as I blame them.