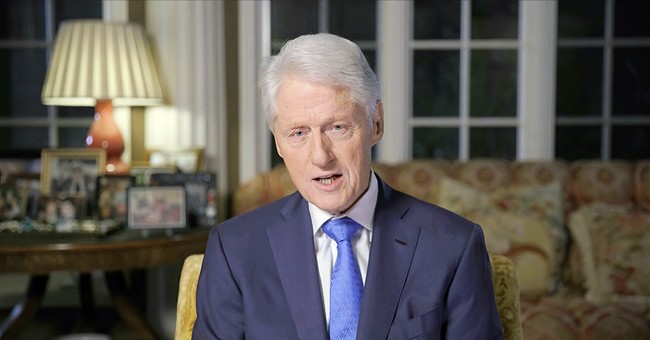 According to a new report from the Daily Mail, Jeffrey Epstein visited the White House at least 17 times between 1993 and 1995 while Bill Clinton was president, even making two visits in a single day on three separate occasions.

This was during the period that Ghislaine Maxwell was allegedly securing minors for Epstein to have sex with, according to prosecutors in a criminal case that is now ongoing against Maxwell.

The Mail obtained visitor logs showing the visits through a request to the Clinton Presidential Library.

Epstein was invited by senior advisers and aides and went to the West Wing which means that he was likely meeting with Clinton although the mail does note that on a few of the visits Clinton wasn’t there.

Clinton is shown on one of the visits, in a picture dated Sept. 29, 1993, meeting with Epstein and Maxwell at a reception of the White House Historical Association. Epstein donated $10,000 to help renovate the White House. Photos show Epstein and Clinton shaking hands and “smiling broadly” according to the Mail.

Clinton has denied knowing anything about Epstein’s sexual allegations and has downplayed the contact that he had with him. Clinton issued a statement about his contact with Epstein in 2019 which seems at variance not only with what we already know but with the new information about the visits to the White House.

In addition to the many visits to the White House that we now know of, Clinton also rode on Epstein’s plane — dubbed the “Lolita Express” by some — some 26 times and with up to 10 trips without a Secret Service detail. Those trips included a multi-stop tour of Asia and a trip to Africa which included Kevin Spacey as well as Chris Tucker.

We reported previously that there were pictures that showed Clinton while onboard the plane and an investigative journalist alleged to Fox that there were sometimes girls on those trips.

Maxwell was also invited to Chelsea Clinton’s wedding in 2010.

So Clinton can do what he wants to downplay the contact, but it already seems that the evidence is contradicting his claims and one has to wonder what was Epstein doing at the White House that many times? Clinton didn’t mention those contacts in this statement either.