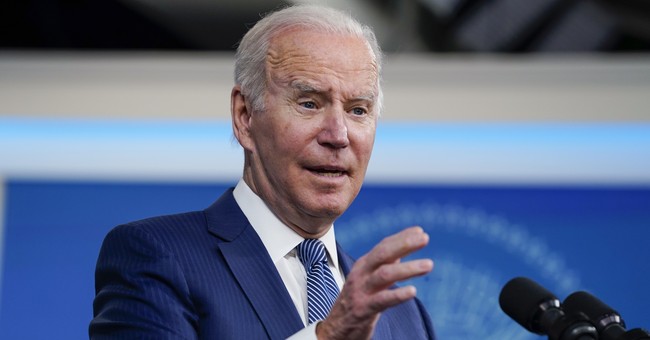 Joe Biden is a consummate BS artist. We’ve all known someone like him. They constantly put themselves at the center of every story, making up events and insisting they are far more important than they are. That’s Biden’s entire political career in a nutshell.

This lump of mediocrity has managed to be wrong about essentially every foreign policy issue of the last 50 years, and yet he still pretends he’s some strategic hotshot. Case in point? Today, the president added another lie to the list, claiming he served as a “liaison” during Israel’s Six-Day War. The problem? That’s not a thing that happened.

Now, the rebuttal here is going to be “well, he just got mixed up and actually meant the Yom Kippur War.” And while Biden, not being of sound mind, likely did mean his 1973 trip to Israel, the rest of his claim still doesn’t add up.

Was he a “liaison” during the Yom Kippur War? Not that I can tell. His trip came some 40 days before hostilities erupted. Further, it appears all he did was take a tour, after which he had a single meeting with the Israeli prime minister at the time, Golda Meir.

Laughably, but so on brand, Biden tried to share a bunch of horrible foreign policy advice such as urging Israel to unilaterally withdraw as a show of peace to the Arab threat. He also chided their supposed “creeping annexation.” Honestly, his comments could have been made in 2015, and you wouldn’t know the difference. This guy has learned absolutely nothing over the last five decades.

A declassified memo published by the Times of Israel last year offers some insight into what actually happened on Biden’s trip. He even managed to throw in some arguably veiled antisemitism.

Biden warned that Israel’s actions in the territories it had captured during the Six Day War, including the West Bank and the Gaza Strip, were leading to “creeping annexation.”

Since he believed Israel was militarily dominant in the region, he suggested the Jewish state might initiate a first step for peace through unilateral withdrawals from areas with no strategic importance.

The official said Biden criticized the Nixon administration for being “dragged by Israel,” complaining that it was impossible to have a real debate in the Senate about the Middle East as senators were fearful of saying things unpopular with Jewish voters.

In short, Biden wasn’t some learned, foreign policy expert slinging valuable knowledge at the Israelis back in 1967. Rather, he was a joke of a freshman senator who the Israelis likely laughed at after he left in 1973. This man is a legend in his own mind, and it’s pathetic how often he lies about his background.

Will the media rush to fact-check this? Don’t hold your breath. Biden’s senility offers constant cover to the ridiculous things he claims. But is it really a good thing for the President of the United States to get “confused” so often? What’s worse? That he can’t keep dates straight or that he lies about what happened on those dates? I report, you decide.