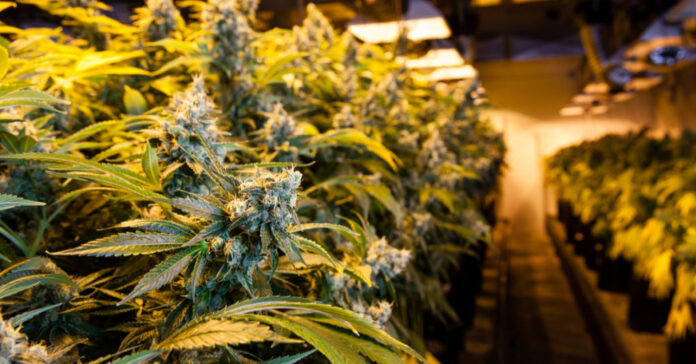 While Oregon has taken steps to legalize both recreational and medical marijuana, there is still a robust underground network of cannabis growers. These underground growers are every bit as sophisticated and well set up as their legal counterparts; maybe even more so. With less red tape to cut through on what strains and how they grow their cannabis, there is a lot to be said for what they can achieve while staying away from the law.

However, this time the law caught up to them in Jackson County Oregon. With over 500,000 pounds of processed (aka harvested and in the process of being made ready for consumption) marijuana discovered, there was a $500 million value on the bust. This is a significant bust for any area, but especially in a state that has legalized recreational and medical marijuana. Many cannabis users are happy to pay the taxes and not have to worry about what they are getting.

Yet these farms still exist and the bust of this one farm signifies that there is still a lot of work to be done. Jackson County Sherriff Nathan Sickler spoke to ABC News after the bust. “We’ve had stabbings, robberies, thefts, burglaries, homicides, sex crimes, motor vehicle accidents, DUIs, all related to the influx of the marijuana-cannabis industry in our valley…It is certainly an issue we deal with on a daily basis here.” News like this is very scary for the pro-legalization groups.

Also discovered on the farm were numerous illegal immigrant workers, many of whom were living in substandard conditions with no running water and in cramped quarters. Workers like these are willing to take the job for pennies on the dollar and often stay in these cramped conditions to send as much money home as possible. This means the cannabis is grown and harvested for pennies on the dollar, and they can undercut the legal markets.

Keeping these bootleggers (to invoke the best term from the prohibition days) in business through high taxes is a bad way to do business. As previously stated, many are happy to get it legally, but even more, are happy to continue buying on the black market so they can stay off any state or Federal lists of having purchased or consumed cannabis. Even more are happier to save money by not paying those taxes.

When prohibition on alcohol ended, many bootleggers stayed in business until legal distilleries and breweries were about to get humming at full production levels again. Unlike this, with cannabis, there was no established black market to depend on, so it took time for the legal setups to get going, and the underground market thrived. When the first legal cannabis hit the market, the pricing was insanely high to help offset the opening production costs and to cover the taxes. Again, all things that helped the black market thrive for a long time since legalization.

Cannabis, unlike alcohol, is easy to produce without risking serious injury or death. This makes the desire to skip over the legal steps of production so tempting for many people. Until there is some ‘come to Jesus’ conversation where a compromise can be reached to make entering the legal market easier is achieved, people can avoid being put in the system (like buying beer), and the whole process feels less sketchy, the underground will thrive. Time to wake up, Oregon. In the meantime, congrats on a bust that could have been avoided by making the (legal) entry to the marketplace easier.