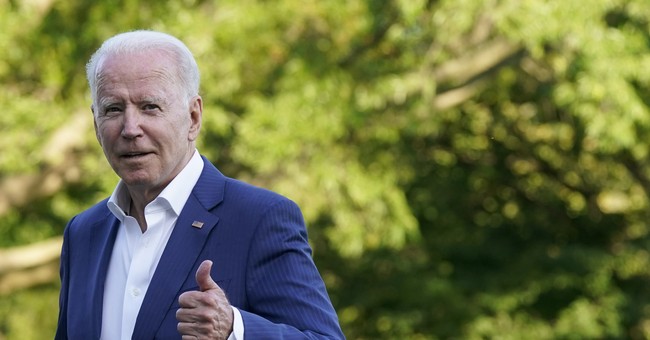 The question is legit.

I don’t know the answer to the question, but I do know that based on a new poll from The Trafalgar Group, nearly six in 10 Americans disapprove of the Biden presidency, with fewer than four in 10 approving of the job he’s doing.

In answer to the question, “How do you think Biden is handling his job as President?”, the poll also found:

Good job, Joe. More than half of America strongly disapproves of your miserably failing presidency. Just as bad, a large percentage of Americans don’t necessarily want you to leave office just yet because of who — and what — is waiting in the wings to replace you.

The poll featured answers from 1,082 likely voters between November 26-29 and was released on December 1.

Most major polls track with one another. In reference to a mid-November Quinnipiac poll, Sen. Lindsey Graham (R-S.C.) asked an outstanding question.

“According to a Quinnipiac poll, 34% of Americans approve of Joe Biden’s handling of the economy.

“My question is who are these 34% and what could they possibly like?”

As we reported in early October, a Quinnipiac poll showed Biden with a combined approval rating of 38 percent, with 39 approval on the economy, 34 percent on foreign policy, 35 percent on immigration, and just 23 percent approval on “the situation at the Mexican border” — AKA: The Biden Border Crisis(TM).

However, as we reported last week, in my favorite Joe poll, the big guy hit a single digit from some man in Nantucket. Wait — isn’t that the beginning of a limerick (which I won’t print, here)? Anyway, the guy — obviously not a fan of Joe — flipped off the president of the United States. Let’s go, Brandon!

Joe Biden, America. The gift that keeps on giving.

Too bad that he also keeps trying to destroy our great country as we know it.