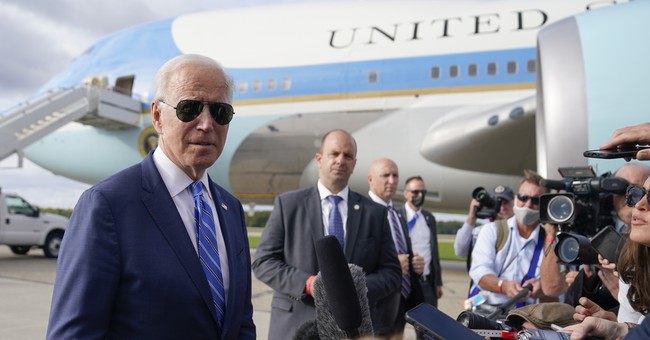 Democrats may have taken 2020 but it was never a victory in the way they wanted it to be. Though they have the House, Senate, and White House, they’ve not been able to do much with it. Moreover, their decisions are always destructive to the point of being bizarre as they defy all common sense.

The only explanation was that this wasn’t the work of seasoned professionals but of radical ideologues attempting to fulfill a wishlist.

(READ: The Biden Administration’s Actions Don’t Make Sense Unless You View It Through a Troubling Lens)

Needless to say, there’s quite a bit of anger to go around over it, but not just because the Democrats are failing to keep their promises, but because it’s clear that they aren’t who they said they were. You can see this effect in many ways. There seems to be a sharp morale boost for Republicans as the culture begins to turn away from radical leftist mainstream thought and toward defiance of it. You can also see this in the way Democrats seem to be losing ground and even elected leaders.

But you can also see it in another way. As Politico pointed out, the youth is turning its back on Joe Biden despite their appetite for politics staying strong long after the election:

Polling shows — despite winning roughly three-in-five voters under age 30 — Biden’s approval rating slipping below 50 percent among the youngest segment of the electorate. That includes a new Harvard Youth Poll released Wednesday that pegs Biden at 46 percent approval among Americans aged 18 to 29, compared to 51 percent who disapprove.

It’s a 13-point drop for Biden from March, when 59 percent of young Americans approved of the job Biden was doing.

A lot of people would dismiss this as nothing since the youth is typically the most unreliable when it comes to showing up at the voting booth, but it is the youth that feeds energy into a party during an election year making them valuable nonetheless. Moreover, these young voters grow older and possibly become loyal party-line voters.

The youth are very good at getting messages out and they carry the most fire when delivering them. The left spends a lot of time, effort, and money in getting the youth on their side. Celebrities, artists, and musicians are utilized quite a bit in this quest, dragging impressionable youngsters into their way of thinking and turning them into walking, talking propagandists.

And yet, they’re turning away from Biden. While this may be just Biden, the implications here are a bit heavier.

If the youth is more plugged in than ever and they’re turning their back on Biden, then it doesn’t bode well for the party that pushed him so vehemently. It’s clear that Biden is a puppet and the majority of Americans do think that there’s someone else running the show, including a sizeable chunk of Democrats.

It’s clear that Democrats pushed a lie, and a youth that believes it was lied to has never reacted kindly to the liars.

It’s possible that a massive disillusionment may be resulting from the Democrat’s philosophy of “by any means necessary.” This doesn’t necessarily mean the youth will turn to the Republicans, but it does mean they’ll be far more receptive to hearing Republicans out.

Because if the Democrats lied about Biden…what else are they lying about?