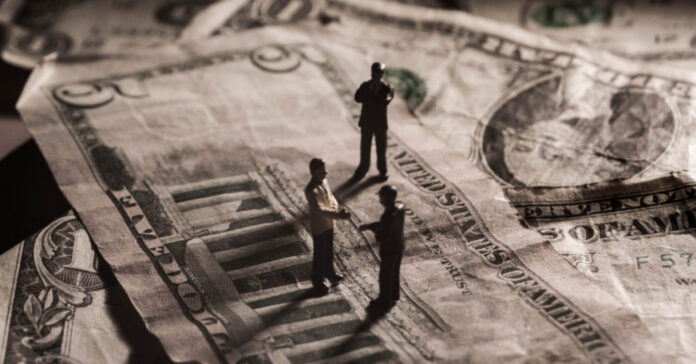 The commonly referred to ‘laptop from hell’ keeps giving everyone except the Biden family treats. It is pushing out juicier and juicier information about Hunter Biden and the rest of the clan like a giving tree of data. Yet the sweeter the details, the more they try to lie, deny and accuse their way out of the situation. It has yet to work, and it won’t now.

As Breitbart reporters explained, “The Biden family was set to benefit from a deal to transfer American natural gas to Chinese energy company CEFC, through a prospective 2017 deal by Hunter and Jim Biden, according to newly uncovered documents — as the Biden administration now massively scales back the United States energy production. Documents never previously reported on, from the infamous ‘laptop from hell’ belonging to Hunter, show the Biden scion was working on a deal in 2017 to transfer liquid natural gas from Louisiana to CEFC — the same Chinese firm with which Hunter also discussed a business venture that would have ’10 [percent] held by H for the big guy’ — but the deal never materialized.”

Thankfully, it never materialized. Hunter not only has no place making business deals of this magnitude, but even more so he does not need to be doing things for Dad while using his connections to make the deals happen. Kicking 10% up to daddy after the deal is done has a very “Goodfellas’ aspect to it. Doing business in an organized crime manner is not how proper business is done, and when you are intermixing politics at the same time, you have an ethical dilemma of unimaginable proportions.

Given all the history of Hunter doing everything for the family on behalf of his Alzheimer’s riddled father, there is a lot of negative events going on with this. In fact, The New York Post did an expose on the laptop, and a lot of the information contained within it back in July. One of the most damning pieces was about him paying for the whole family. “I hope you all can do what I did and pay for everything for this entire family for 30 years,” Hunter wrote in a 2019 text message to his daughter, Naomi, that was found on his abandoned laptop. “It’s really hard. But don’t worry, unlike Pop [Joe], I won’t make you give me half your salary.”

His misuse of everything is horrific. Yet, it all seems to stem back to how much Joe has done for him and how well he has set him up for his future. 2017 in the laptop was largely all about how much help Joe was providing for this gas deal with the Chinese between Joe, Hunter, and several influential businessmen. As Hunter kept pushing for the deal, there were more and more reasons to say no to the deal. Thankfully the deal never materialized, and we aren’t providing natural gas to the Chinese at a dirt-cheap price as the country suffers.

It’s amazing to me how much crying Biden can do about the policies for the energy sector during the Trump years, yet his crack addict of a son can be 97% through a massive deal under these policies. Maybe that’s the real reason why he hated Trump so much, these policies that made the American dream more achievable made his son more successful than he ever got a chance to see for himself. This isn’t just sad, it’s pathetic.