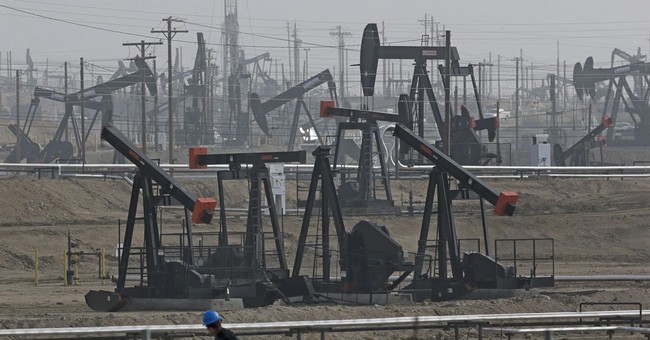 As we previously reported last week, the Biden team was going to tap the nation’s Strategic Petroleum Reserve claiming that they would be releasing 50 million barrels “to lower prices for Americans and address the mismatch between demand exiting the pandemic and supply.”

Except there are a few problems with this story.

Why would you tap reserves while stopping our capability to produce more oil, which is what Biden was doing? That would only deplete what we needed for emergencies while harming our energy independence. It’s a truly warped policy approach.

While some Democrats begged for a release from the reserve to help with the rising gas prices, a lot of the oil that was released wouldn’t even be going to American refineries. According to Bloomberg, a “large portion” of the 50 million barrels would go to China and India.

That’s because the supplies will consist of sour crude, a type of oil that U.S. refiners are shunning due to its high sulfur content, which makes it more expensive to process. For some foreign buyers, though, U.S. sour crude is attractive because it’s much cheaper than the global Brent benchmark.

So how exactly is that serving Biden’s green dreams? Of course, those dreams seem to only apply to the U.S., Biden doesn’t seem to have an issue with selling fossil fuel to our foes. And if our refineries don’t want to refine it, why is it in our reserves? Is that a tale of more regulations that are ultimately harmful to our interests?

Biden likely wouldn’t have needed to do any of this had he just not started a war on our energy independence, if he’d just left what President Donald Trump had done in place. He cut the Keystone XL pipeline, costing thousands of anticipated jobs as well as the Willow Project to drill in Alaska. He also is looking into what the effect of cutting Line 5 would be, a line essential to providing oil to the Americans. Meanwhile, he cut sanctions on the Nord Stream 2 pipeline, helping Russia.

All of this has left us with rising prices. The average now is $3.39 for regular when it was $2.127 at the same time last year. The average in California is even higher.

As our Andrew Malcolm observed, the release is more a propaganda ploy than anything else.

First of all, it’s a drop in the barrel, literally. May seem large, But it’s merely eight percent of the reserve. That’s less than three days’ average U.S. domestic oil use and only 44 hours of OPEC production.

This latest action, with the release and the sale, leaves us with more questions — a completely problematic approach.