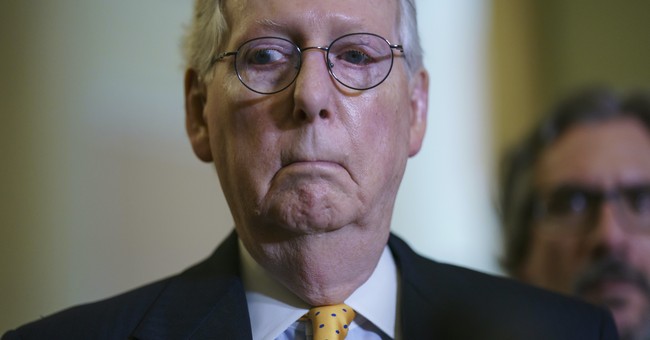 Republican Senators have blocked cloture to close debate on the annual National Defense Authorization Act (NDAA). The push back is reportedly due to the Democrats breaking an earlier agreement on amendments and provisions made before Thanksgiving break.

The Senate voted 45-51 to start winding down debate on the National Defense Authorization Act (NDAA), which sets spending levels and policy for the Pentagon. But that is short of the 60 votes needed to overcome the hurdle.

As part of the deal that leadership tried to clear before the break, the Senate would have voted on 18 amendments, with Schumer noting that Inhofe and Armed Services Committee Chairman Jack Reed (D-R.I.) had also worked out a deal to include at least an additional 50 amendments in the bill without needing a vote on each proposal. Of the 18 amendment votes, 11 were either GOP amendments or bipartisan amendments.

But several Republican senators blocked that package. And Senate Minority Leader Mitch McConnell (R-Ky.) on Monday pointed to several issues that Republicans want additional amendment votes on that were not part of the 18-amendment package offered before the Thanksgiving break. They include a proposal for sanctions related to the Nord Stream 2 pipeline, which has the backing of GOP Sens. James Risch (Idaho) and Ted Cruz (Texas). The House-passed defense bill included Nord Stream 2-related sanctions.

Majority Leader Chuck Schumer has a lot on his plate. The Senate has to vote on funding the government in order to avoid a shutdown. Along those lines, a vote to raise the debt ceiling in order to avoid default on U.S. debt also must happen. But the centerpiece of the year-end agenda, Biden’s precious, the Build Back Better bill is also not a sealed deal, thanks to Sens. Joe Manchin and Kyrsten Sinema.

So, if Schumer appears on his heels, he probably is. Schumer is doing his utmost to wrap up the Biden agenda with a bright, shiny bow before Christmas. Minority Leader Mitch McConnell is apparently not feeling very cooperative.

“The Democratic leader seems to want to put national security last. My colleague is trying to overcorrect for poor planning by cramming a two-week bill into two or three days’ time. I imagine there might be finger-pointing at Republicans if that proves impossible,” McConnell said.

“Nothing less than the safety of the American people is at stake. This is more important than political timetables for partisan wish lists,” he added.

In addition to the pipeline, Republicans want votes on amendments related to support for Ukraine and China.

With the weight of Infrastructure, the national budget, and the debt debate now taking greater precedence, the NDAA is being pushed further down the road, possibly to the end the year.

This is not sitting well with certain Democrat Senators.