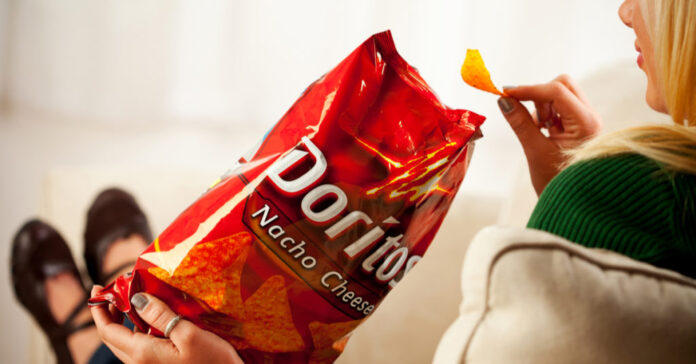 Privately-owned companies have made no secret of their decision to take sides in the growing culture wars, but it may well be an escalation beyond what any mainstream company has chosen to do so far to bring homosexual ghosts into a marketing campaign that looks as if it were designed for children.

Conservatives across the nation, and in several news organizations, such as the Independent Journal Review, reported that Doritos’s recent commercial has completely abandoned the sense of Judeo-Christian values that have become familiar in the United States over the last several centuries.

The chip company was following suit after the Twix Halloween ad featuring a little boy who didn’t want to give up his princess dress. He was protected from other children who questioned his cross-dressing by a violent nanny dressed like a witch who threw a child across a playground with what was apparently black magic. That message had nothing to do with the actual products the company sells, and the Doritos ad wasn’t much better.

This time, the ad was in Mexico and a new Día de Los Muertos-themed ad showed a ghost who comes back to visit his family from beyond the grave which, is creepy enough as it is, without him bringing a visitor from the great beyond that appears to have been a gay partner.

While it would hardly be sufficient justification, that ad also doesn’t look to push their product at all, only to make a political and social statement that was not only offensive to Christians, downright demonic in appearance.

In their assessment of the ad, IJR translated the ads verbiage, which began after a family approached an ofrenda, which is an altar erected in traditional Day of the Dead celebrations to pay homage to family members that have died. In this case, an elderly woman appeared to place a bowl of the Doritos chips on the altar to the dead, looking at, what appears to be, her late brother’s photo when a plume of blue smoke appears and her brother appeared from the great beyond and was greeted (as if this were perfectly normal) by cries of “Uncle Alberto!”

What did finally confuse the family of the deceased “Uncle Alberto,” was that a second ghost appeared beside Alberto and the father of the group asked, “Who is he?”

“He’s Mario,” Alberto replies. “My partner,” and the two old man ghosts begin to hold hands and look at one another lovingly. This caused younger members of the family to look surprised, but Albert’s sister was all smiles and clapping saying, “What a miracle! I thought you would be alone forever!” The old man ghosts hug, and everyone is happy, watching their dead brother/uncle hug another old man’s ghost.

The ad continues in Spanish with, “Nunca es tarde para ser quien eres,”— or, “It’s never too late to be who you are.”

This ad can be seen by anyone who wishes to look it up, however, it might not be suitable for younger viewers (to be honest, I felt a little young to be watching it).

So what is the message being sent to viewers by Doritos? Well, first that they’re an “ally” for the LGBT community (a statement that could be an article in and of itself, asking what we’re supporting among those who are so often abused and exploited). Second, that they seem to be on board with normalizing what is clearly a demonic appearance from beyond the grave (and yes, it’s not lost on anyone that this is a longstanding tradition amongst some cultures to honor the dead, but honor is not at issue here, it’s the talking to ghosts that’s the issue).

And last, but certainly not least, that what you want to be or feel should reign supreme. As was pointed out in IJR’s article, being who you are without God, is never who you’re meant to be, no matter what any worldly corporation/influence/modern religion tells you.